Outstanding household loans extended by the banks in South Korea -- KB Kookmin, Shinhan, Hana, Woori and Nonghyup -- had come to 702.39 trillion won (US$555.2 billion) as of the end of April, down 802 billion won from a month earlier, according to the data provided by the banks.

The decline came as the Bank of Korea raised its policy rate by a quarter percentage point to 1.5 percent -- the fourth rate increase since August last year -- in April to tamp down inflation and keep a lid on household debt.

The government has maintained a tight grip on lending amid worries fast-growing household debt could emerge as a potential risk factor for economic growth.

Observers said people have also tended to delay their decisions to borrow money, as expectations have grown that the incoming new government might ease rules on borrowing when it takes office next week.

Of the total, those banks' outstanding unsecured loans had come to 132.46 trillion won as of end-April, down 939 billion won from a month earlier. Their home-backed loans, meanwhile, increased 479.4 billion won over the same period to 23.32 trillion won, the data showed. 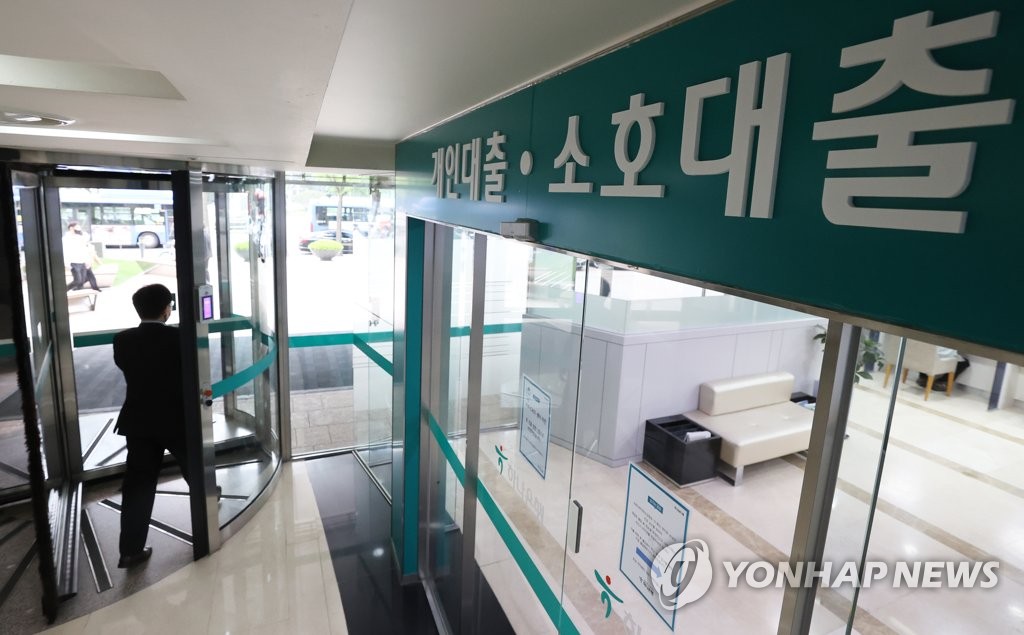