SEOUL, May 3 (Yonhap) -- The chief nuclear envoys of South Korea and China are set to have discussions in Seoul on the Korean Peninsula security situations amid concerns about the Kim Jong-un regime's growing nuclear threats, according to officials Tuesday. The secretive North has even shown indications of preparing for another nuclear test.

Liu Xiaoming, Beijing's special representative on Korean Peninsula affairs, arrived in Seoul on Sunday for his first trip to South Korea since assuming the post in April last year.

He is scheduled to hold talks with his South Korean counterpart, Noh Kyu-duk, on Tuesday morning to share their assessments of the regional security situation and discuss ways for "managing it with stability," officials said. It would mark their first in-person meeting in their capacities as top nuclear envoys.

In the afternoon, Liu will visit the Ministry of Unification, which handles inter-Korean affairs, for a meeting with Vice Minister Choi Young-joon, followed by a courtesy call on Unification Minister Lee In-young. He also plans to meet Kim Tae-hyo, tapped as deputy national security adviser for the incoming president, Yoon Suk-yeol, a source said.

Upon arriving here Sunday, Liu told reporters that he will meet with officials of the outgoing and incoming South Korean governments to discuss "political solutions" for Korean Peninsula issues. 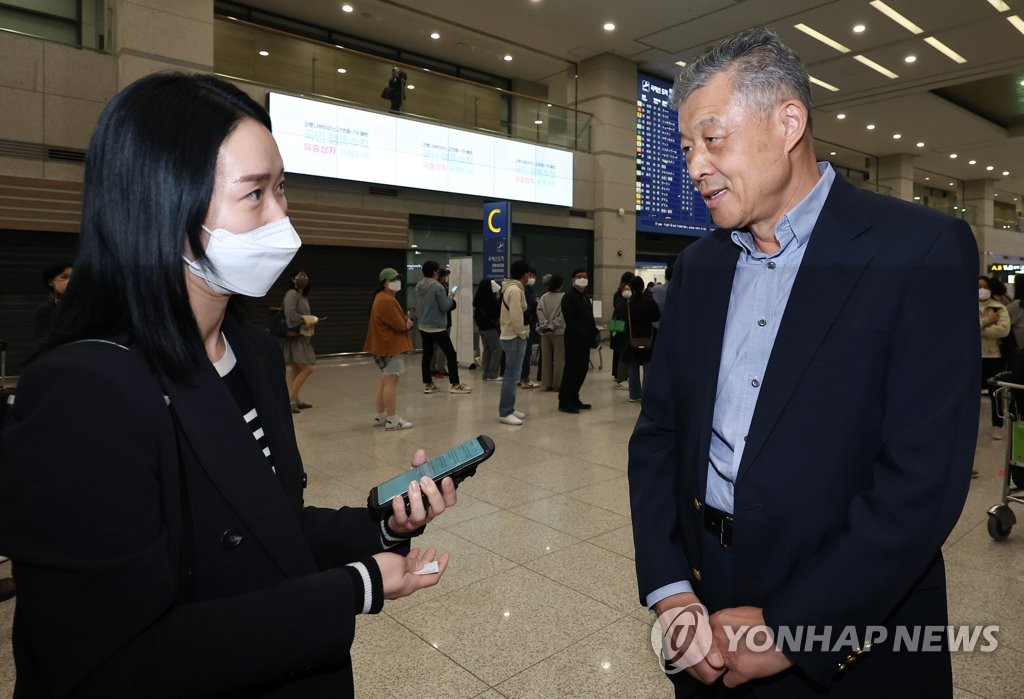