SEOUL, May 3 (Yonhap) -- South Korea and China agreed Tuesday to cooperate closely for the "stabilization" of the Korean Peninsula security situation during consultations between their top nuclear envoys, according to Seoul's foreign ministry.

The meeting between Noh Kyu-duk, Seoul's special representative for Korean Peninsula peace and security affairs, and his Chinese counterpart, Liu Xiaoming, came amid heightened tensions over Pyongyang's recent spate of missile launches and reported signs of preparations for a nuclear test.

The two sides shared the assessments of the current regional security situation and discussed ways for the "stable management" of it, the ministry said.

Noh voiced worries about the North's sabre-rattling, including its reported work to restore the Punggye-ri nuclear testing site. He requested Beijing's "constructive" role in efforts to coax Pyongyang into refraining from carrying out additional provocations and resuming dialogue.

Liu agreed on the need for close cooperation among parties concerned for stability in regional security and reaffirmed his country's commitment to support a peaceful resolution to the Korean Peninsula issue. 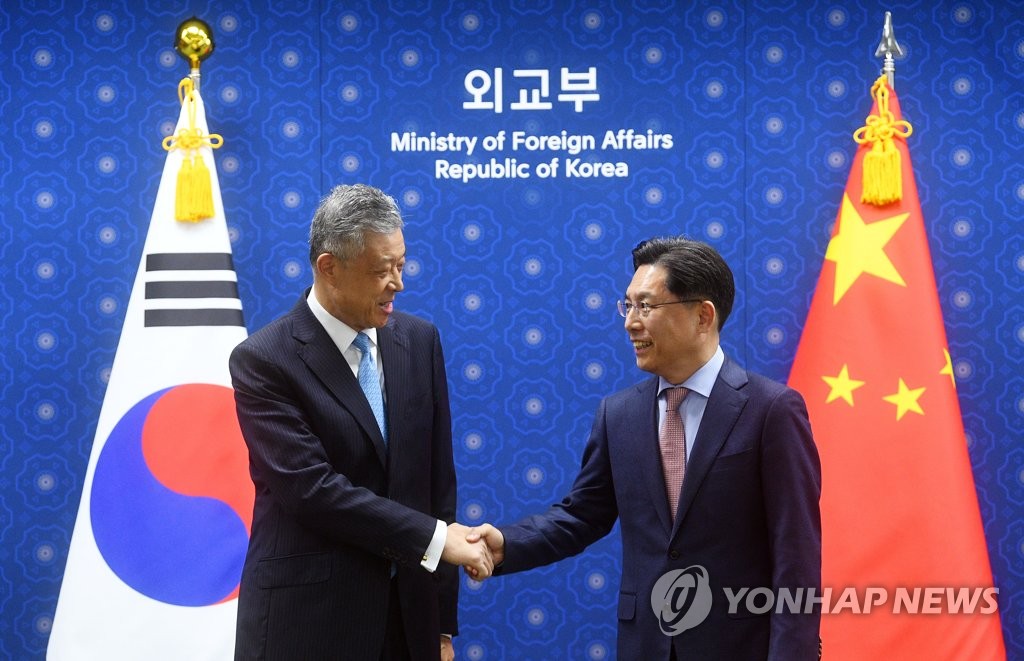 Speaking to reporters after the session, the Chinese envoy noted a "new change" in the security situation on the peninsula and stressed the importance of joint efforts to address it. It seems like he was referring to a string of missile launches by North Korea and its threats to use nuclear force if necessary for the "fundamental interests" of its nation.

Liu arrived in Seoul on Sunday for his first visit to South Korea since assuming the post in April 2021, with just a week left before President-elect Yoon Suk-yeol's inauguration and three weeks to go before Yoon's summit talks with U.S. President Joe Biden in Seoul.

He is scheduled to meet with officials from the incoming administration, including Kim Tae-hyo, tapped as Yoon's deputy national security adviser, according to an informed source.

Later Tuesday, Liu visited the Ministry of Unification, which handles inter-Korean affairs, for a meeting with Vice Minister Choi Young-joon, followed by a courtesy call on Unification Minister Lee In-young.

During their meeting, Lee asked China to play a constructive role so that the North stops its tension-escalating acts and takes the diplomatic path for peace and stability on the Korean Peninsula, the ministry said in a release.

In response, Liu said it is an important period for the peninsula's political situation, citing the upcoming change of government in Seoul and noting that this year marks the 30th anniversary of establishing diplomatic ties between Seoul and Beijing. He added that China is making efforts for a political solution for the peninsula issue, such as its denuclearization, according to the ministry. 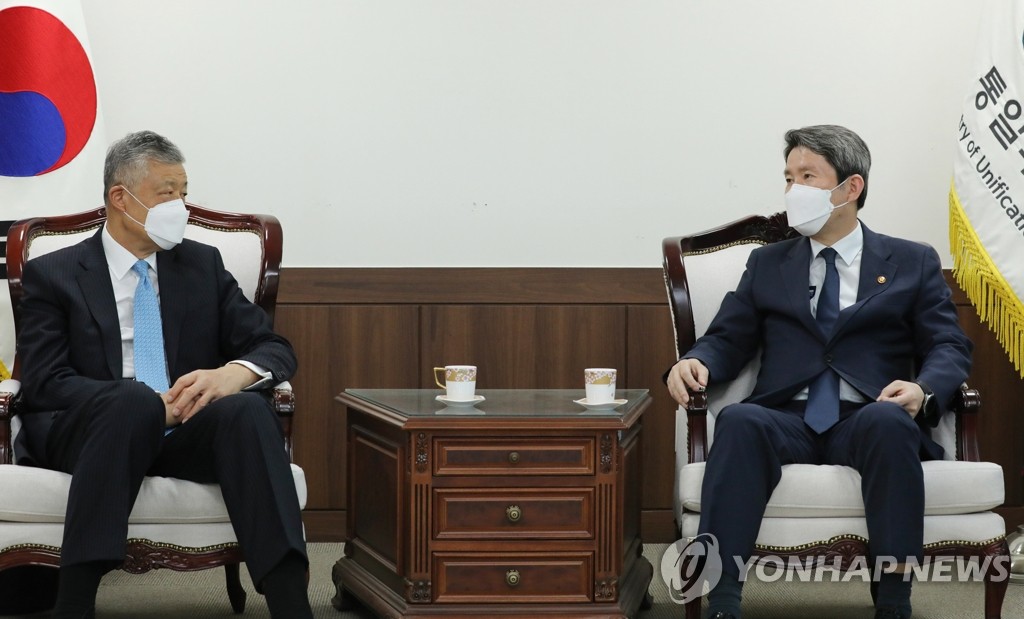