WASHINGTON, May 2 (Yonhap) -- The U.S.-South Korea alliance is an incredibly important relationship that is vital to many issues in the region and around the world, a White House spokesperson said Monday of reasons for President Joe Biden's planned trip to Seoul.

Jen Psaki also noted North Korea will be a "prominent part" of the agenda for Biden's upcoming trip that will also take him to Japan.

"I would note that we have an incredibly important, vital relationship with South Korea. We work on a range of issues in the region and around the world, and that is the reason why the president is going to be visiting later this month," she said in a press briefing when asked if the U.S. plans to invite South Korea to join the Quadrilateral Security Dialogue, a grouping of the U.S., Australia, Japan and India. 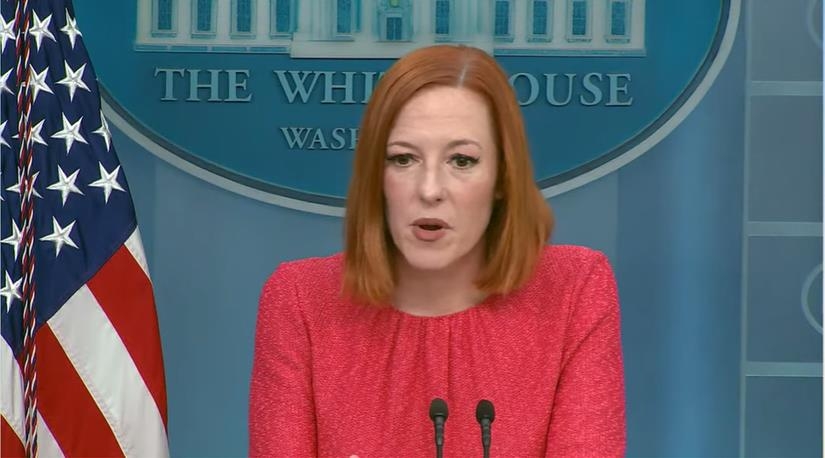 The White House earlier said the U.S. leader will be traveling to South Korea and Japan, in that order, from May 20-24.

Psaki said the order of Biden's trip should not be over emphasized when asked if his visit to Seoul before Tokyo indicates the U.S.' focus on North Korea issues.

Pyongyang has staged more than a dozen rounds of missile launches since September, while remaining unresponsive to U.S. overtures since the Biden administration took office in January 2021.