SEOUL, May 3 (Yonhap) -- South Korea's consumer prices rose at the fastest pace in more than 13 years in April amid soaring energy costs caused by Russia's war with Ukraine and a rebound in demand from the pandemic, data showed Tuesday.

Consumer prices spiked 4.8 percent last month from a year earlier, accelerating from a 4.1 percent on-year gain in March, according to the data from Statistics Korea.

It marked the fastest on-year rise since the same 4.8 percent increase in October 2008, when the country was in the midst of the 2008-09 global financial crisis. Inflation growth also exceeded 4 percent for the second straight month.

Consumer prices rose above 2 percent -- the central bank's inflation target over the medium term -- for the 13th straight month in April. 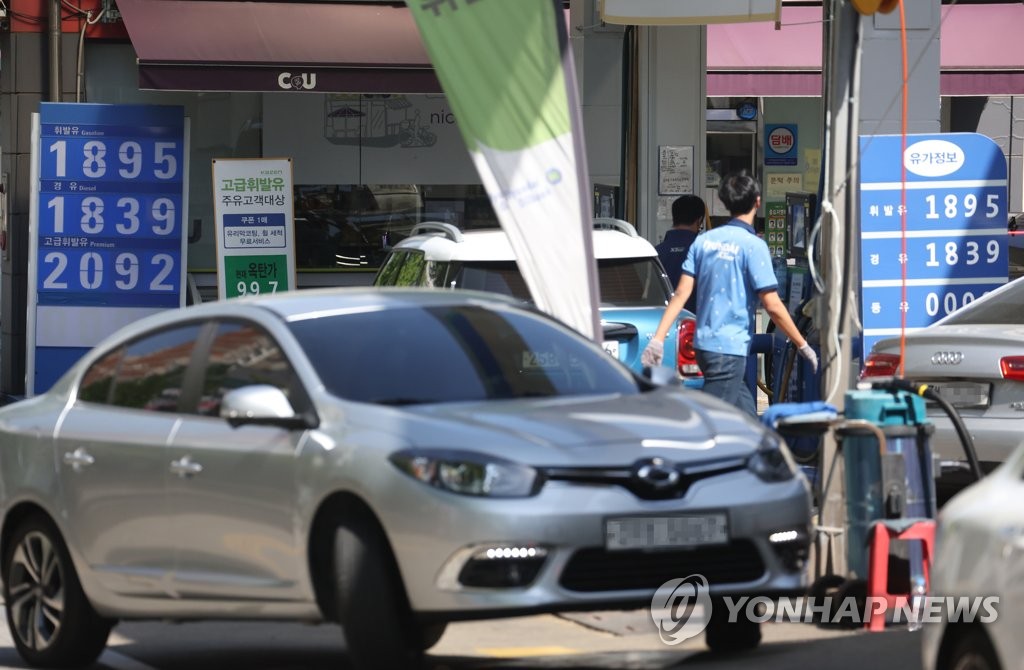 Most of last month's price gains were driven by a hike in prices of petroleum products and personal service costs, according to the statistics agency.

"There is a high possibility that inflation will continue its significant growth momentum. For the time being, consumer prices are not likely to markedly slow," Eo Woon-sun, a senior Statistics Korea official, told reporters.

Dubai crude, South Korea's benchmark, averaged US$102.82 per barrel in April, up 63.4 percent from a year earlier. It hit a yearly high of $127.86 per barrel on March 9. South Korea depends mainly on imports for its energy needs.

Prices of petroleum products jumped 34.4 percent on-year in April, an acceleration from a 31.4 percent gain in March due to surging oil prices.

Personal service prices and the price of dining out continued to rise last month amid the economic recovery.

Prices of agricultural, livestock and fisheries products rose 1.9 percent on-year, picking up from a 0.4 percent gain in March.

Elevated inflation lent support to the prospect that the Bank of Korea (BOK) will likely further hike the policy rate to rein in price pressure and curb household debt.

In April, the BOK raised the benchmark interest rate by a quarter percentage point to 1.5 percent, the fourth rate hike since August last year.

The BOK held a meeting on inflation on Tuesday and voiced concerns that consumer prices growth could stay in the 4 percent range "for the time being," citing the impact from high commodity prices, lifting of social distancing rules, the war in Ukraine and COVID-19 lockdowns in China.

The central bank also emphasized the need to keep close tabs on inflation expectation that could be under upward pressure amid worries that prices could spike especially among frequently-consumed goods and services. 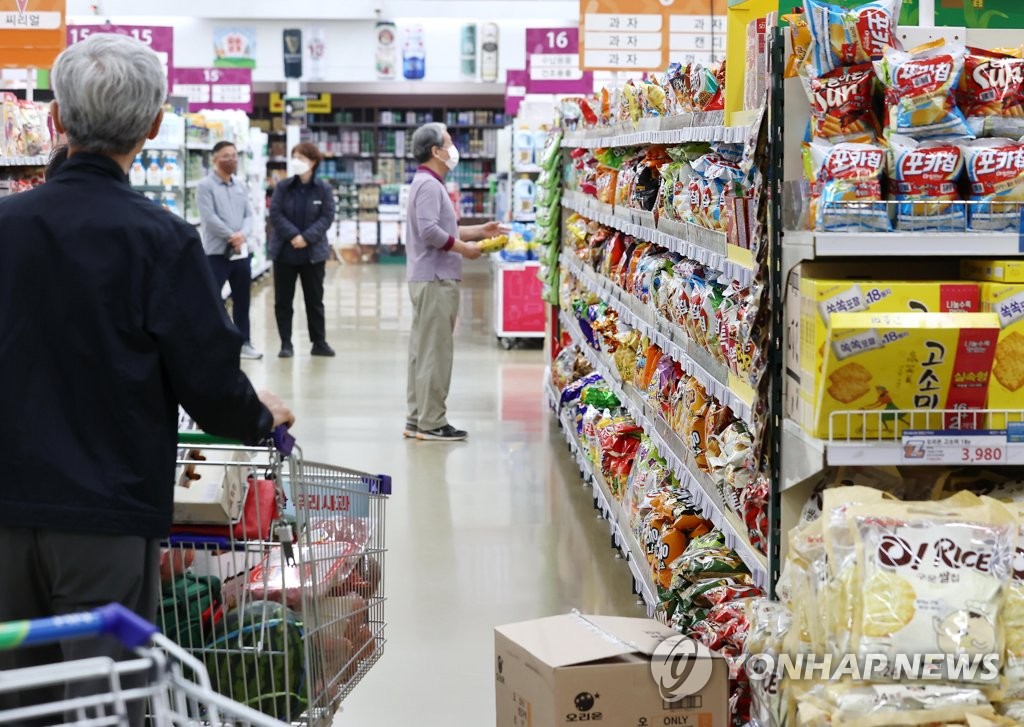 South Korean consumers' inflation expectation rate hit a nine-year high in April, central bank data showed. Consumers in April expected inflation to grow 3.1 percent over the next 12 months, up from the 2.9 percent forecast made in the previous month.

Last month, the International Monetary Fund lowered its 2022 growth outlook for the South Korean economy to 2.5 percent while raising its inflation projection to 4 percent.

Finance Minister Hong Nam-ki said it is urgent to stabilize prices of items closely related to people's lives, as inflation pressure will likely remain high for the time being.

Since Sunday, the government has cut fuel taxes by a record 30 percent from the previous 20 percent in a bid to ease people's burden from high energy costs. The measure will be effective for three months until end-July.