SEOUL, May 3 (Yonhap) -- The upcoming full-length album by K-pop supergroup Seventeen has sold more than 1.74 million copies in preorders, a new record for the group, its management agency said Tuesday.

Preorders for the band's fourth studio album "Face the Sun" began a week ago.

The 13-member band is set to drop "Face the Sun" on May 27 at 1 p.m. It will also hold its "Hanabi" fan event at the Saitama Super Arena in Japan from Saturday to Sunday. 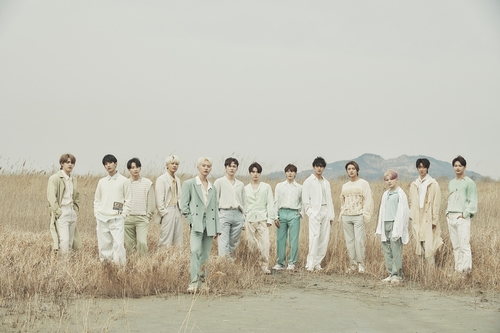