SEOUL, May 3 (Yonhap) -- A court has ruled against the owner family of logistics-to-airline conglomerate Hanjin Group in a lawsuit they filed to reverse a government order to pay about 14 billion won (US$11 million) in gift and income taxes, officials said Tuesday.

In 2018, the Seoul Regional Office of the National Tax Service issued the order against Cho Won-tae, Chairman of Hanjin Group and Korean Air, his two sisters and his mother, saying the late Hanjin chairman Cho Yang-ho unlawfully shared his private firm's profits with his family members by listing them as co-owners.

Last year, the Cho family asked the court to cancel the order, claiming the whole family practically owned the company even though they were not involved in the business.

The Seoul Administrative Court, however, said the late chairman was the sole practical owner of the company, thus, the profit-sharing is considered tax evasion. 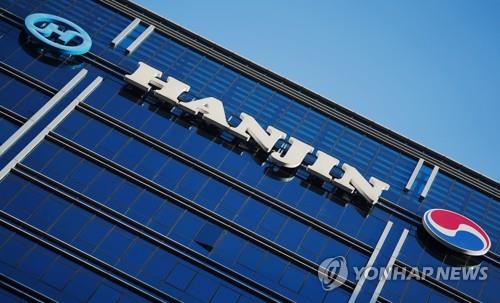