In a written answer to a lawmaker's question, Lee said that the North could conduct another test of the Hwasong-17 ICBM to verify the technology required to ensure the missile's warhead can withstand extremely high temperatures during reentry to Earth's atmosphere.

The reclusive regime fired what it claimed was the Hwasong-17 missile, apparently at a lofted angle, on March 24. Experts presume that if launched at a normal angle, the new ICBM could travel around 15,000 kilometers. 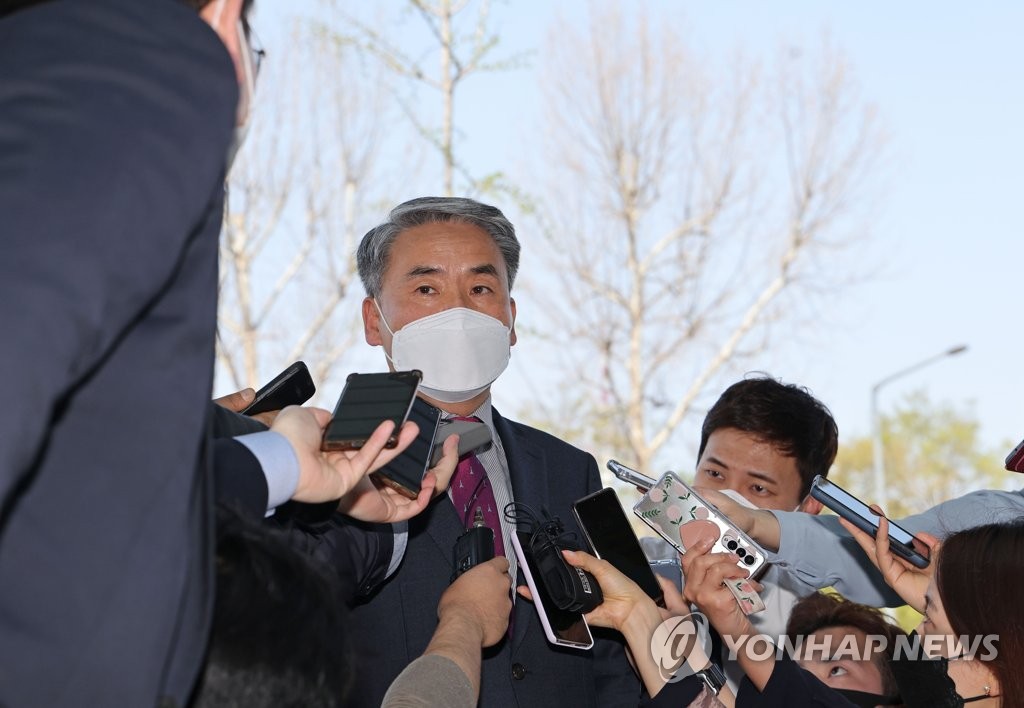 Noting the North's evolving nuclear and missile threats, Lee mentioned a "preemptive strike" option that he said can be executed "in light of self-defense through prudent judgment and determination."

But he added the use of such a military option would be limited to circumstances where there is a "clear" sign of a potential nuclear or missile attack.

In an answer to another lawmaker's question, the nominee said that the North could seek to acquire a nuclear-powered submarine, while noting the possibility of another submarine-launched ballistic missile (SLBM) test.

"We will ensure our preparedness, taking into account the possibility that the North could push to develop a nuclear-powered submarine domestically or build it with parts imported from overseas," he said.

Asked about how he would characterize a North Korean ballistic missile test, Lee said it should be viewed as a "provocation." The liberal Moon Jae-in administration had refrained from using the expression amid its drive for engagement with the North.

"(North Korean ballistic missiles) call for enhancing the credibility of the United States' extended deterrence to South Korea and the deployment of U.S. strategic assets in light of deterrence," Lee said.

The nominee also mentioned his hope for the deployment of America's strategic assets here on a "regular" basis -- an indication that he regards those assets as a key element of the allies' deterrence against North Korean provocations.