SEOUL, May 3 (Yonhap) -- South Korea and Japan held their first working-level diplomatic consultations in six months Tuesday, a week ahead of the launch of the Yoon Suk-yeol administration, according to Seoul's foreign ministry.

In the session held at the ministry's headquarters in Seoul, Lee Sang-ryeol, director general for Asia and Pacific affairs, and his Japanese counterpart, Takehiro Funakoshi, agreed to continue "communication" for mending relations between the neighboring countries, it said.

The two sides shared the view for more active communication in tune with the start of the Yoon administration as an opportunity to improve bilateral relations, according to diplomatic sources.

Their meeting came as the incoming administration, which will be officially launched on May 10, is seeking to improve soured bilateral relations amid protracted rows over wartime history and trade.

Seoul-Tokyo relations have deteriorated in recent years over thorny issues of Japan's wartime forced labor and sexual slavery, as well as its export curbs against South Korea.

Meanwhile, Funakoshi, who doubles as Japan's chief nuclear negotiator, will meet with his South Korean counterpart Noh Kyu-duk for a lunch meeting on Wednesday.

The two are expected to share their assessments of the political situation on the Korean Peninsula amid heightened regional tensions due to North Korea's continued provocations and discuss ways to respond. 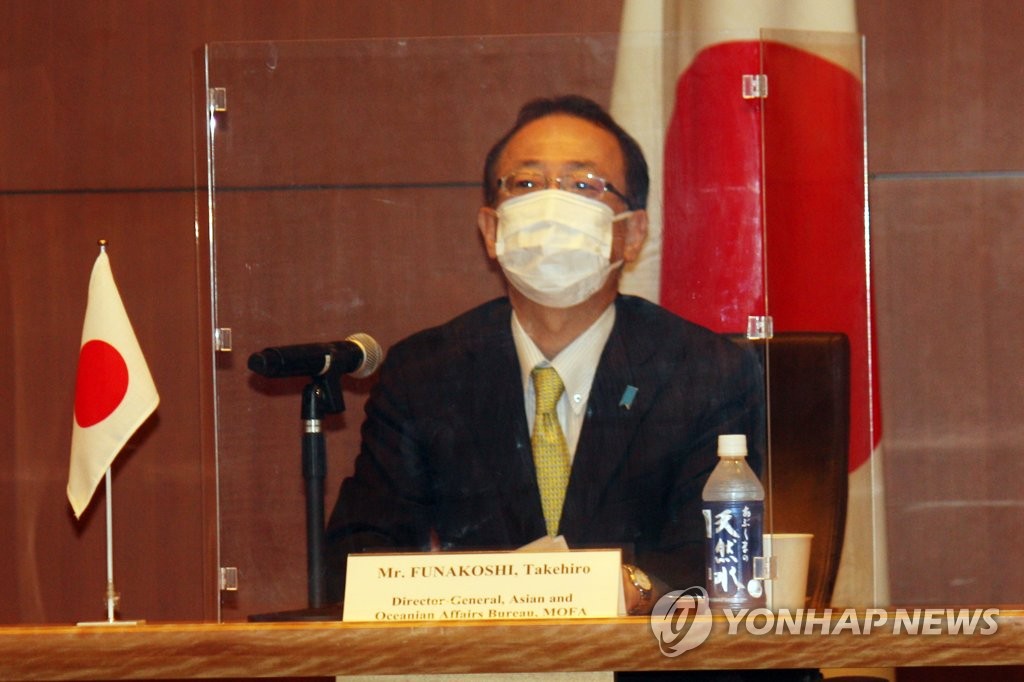