SEOUL, May 3 (Yonhap) -- President-elect Yoon Suk-yeol met with Australia's ambassador to Seoul on Tuesday and asked for the country's support for cooperation between South Korea and working groups under the Quad security partnership, his spokesperson said.

Yoon made the request during a meeting with Ambassador Catherine Raper, referring to the U.S.-led forum seen as aimed at countering China's rise. Quad also involves Japan, Australia and India.

Yoon "called for Australia's support so that South Korea and the Quad working groups can pursue cooperation," his spokesperson Bae Hyun-jin said in a statement.

Raper responded that as countries sharing core values, she believes South Korea and Australia have much room to strengthen cooperation in diverse areas and that she will do her best in her role as ambassador, Bae said.

During the campaign, Yoon promised to gradually seek South Korea's joining of the forum after taking part in its various working groups. 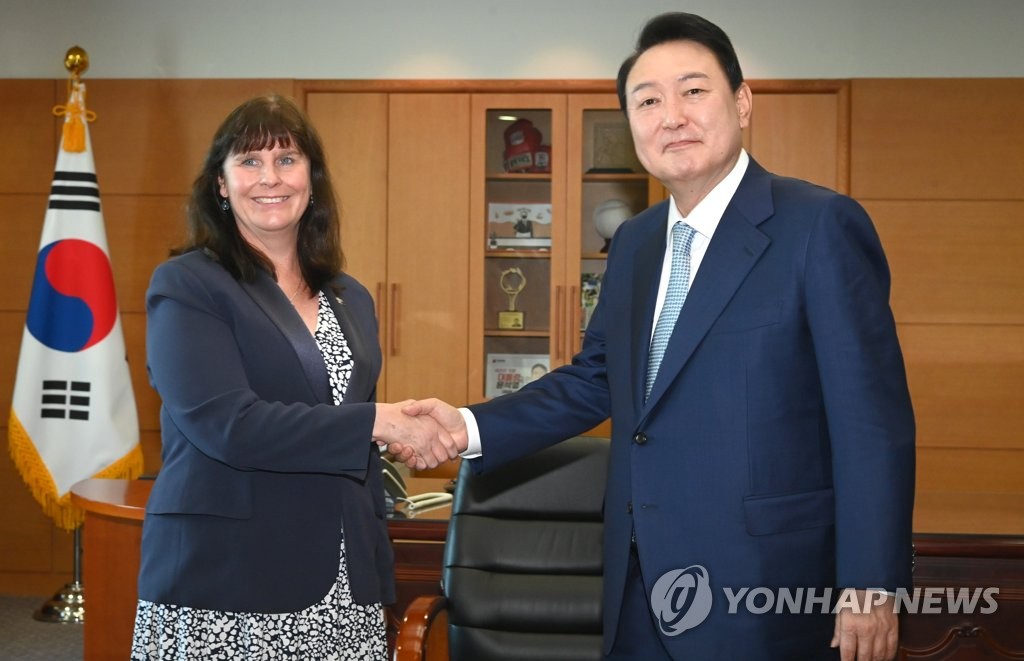