SEOUL, May 3 (Yonhap) -- The Cabinet approved a plan on Tuesday to confer the country's highest honor on President Moon Jae-in and first lady Kim Jung-sook for their contribution to national development.

The decision was made during Moon's final Cabinet meeting earlier in the day. His presidency will end next week.

President-elect Yoon Suk-yeol is set to take office on May 10. 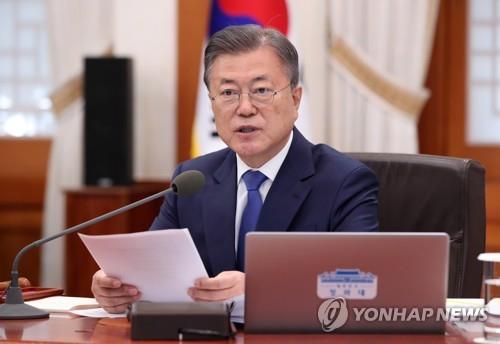