BUSAN, May 4 (Yonhap) -- A fire broke out at an apartment building in the southeastern port city of Busan, leaving one brain dead and two others seriously injured, officials said Wednesday.

The fire is assumed to have started in the living room of an apartment on the 13th floor at 9:43 p.m. Tuesday and was extinguished in about 30 minutes after completely destroying the unit, according to officials.

The fire authority and police plan to investigate the exact cause of the fire. 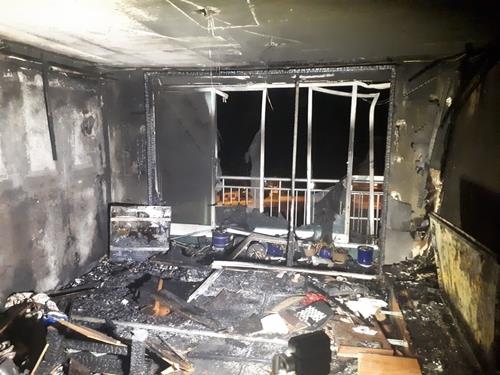