On Tuesday, the Bank of Korea (BOK) disclosed the minutes of its monetary policy board meeting on April 14, showing that its members called for further rate increases to tame inflation. The BOK raised the rate by a quarter percentage point to 1.5 percent during the April meeting, the fourth increase since August last year.

"The forward guidance in the minutes was more hawkish than we assumed after the meeting, and the minutes bolstered the risk case of higher terminal rate than our previous expectation," Park Seok-gil, an analyst at JP Morgan, said in a report. "We now expect back-to-back 25 basis point hikes over four meetings by October."

The report viewed the wording used in the minutes as more hawkish as they demonstrated "the level of concern over second-round effect of inflation, which implies escalating feedback between actual inflation and inflation expectations."

"We focused on the observation that the members dropped clauses for 'gradual' policy normalization in policy guidance, replaced by the need for 'preemptive' action,'" the report said.

The BOK has been pushing to "normalize" its long loose monetary policy put in place to bolster the pandemic-afflicted economy as inflation pressure has been mounting amid high energy and commodity prices caused by the war in Ukraine and rebound in demand from the pandemic.

The country's consumer prices spiked 4.8 percent in April from a year earlier, which marked the fastest pace of growth in more than 13 years.

The U.S. Federal Reserve's much-anticipated "big-step" rate hike decision this week that could be followed by a series of aggressive increases in subsequent months will likely add to pressure on South Korea's central bank to raise its rate.

The BOK is set to hold its next rate-setting meeting on May 26, the first such meeting to be presided over by new BOK Gov. Rhee Chang-yong, who took office last month. 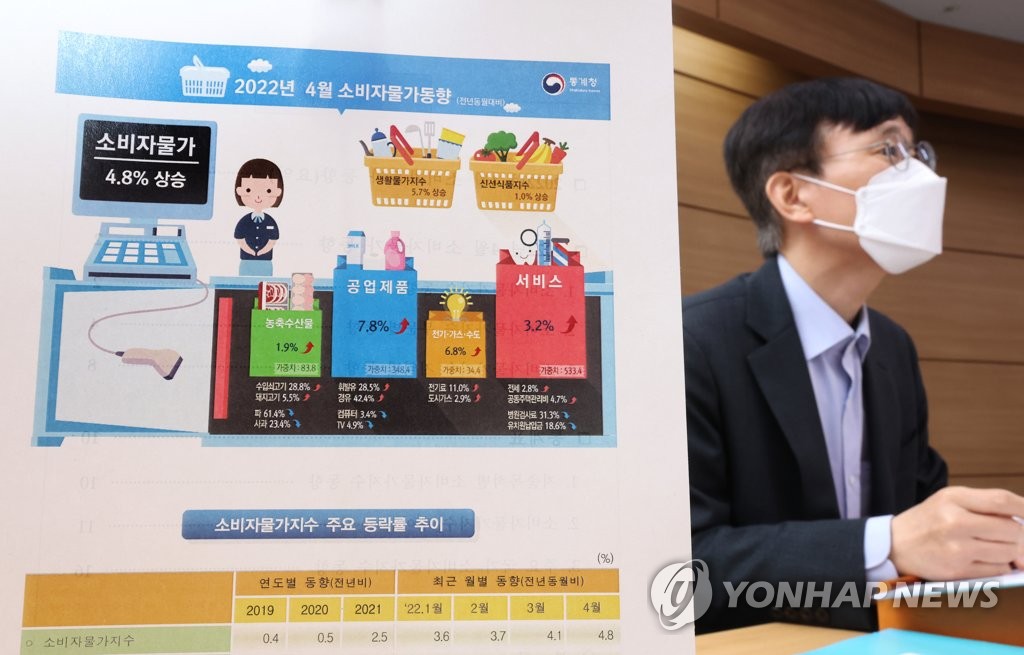