SEOUL, May 4 (Yonhap) -- The culture minister proposed Wednesday that globally recognized male pop culture artists, like BTS, be allowed to substitute their mandatory military service for other alternative programs amid heated debate over whether the K-pop supergroup should be given military exemptions.

"It's time to create a system for incorporating popular culture-art figures as art personnel," Culture, Sports and Tourism Minister Hwang Hee said during a press briefing in Seoul.

He referred to the program of allowing global award-winning athletes and classical musicians to do alternative services in their respective fields instead of serving in active military duty, in recognition of their role in promoting their country's image abroad. 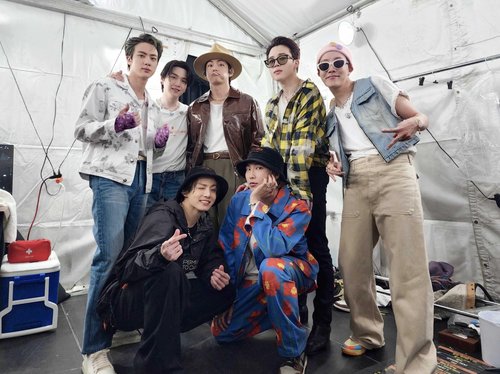 "The system has been operated meaningfully to give those who have enhanced the national status based on their excellent skills more chances to contribute to the country, and there is no reason the popular art-culture field should be excluded from this."

He directly mentioned BTS, saying, "I thought somebody should be a responsible voice at a time when there are conflicting pros and cons ahead of the enlistment of some of the BTS members."

Jin, the oldest member of the group, faces enlistment by December.

Forcing globally recognized pop culture artists to halt their careers at their peak in order to serve in the military would cause a great loss not only to the country but also to the entire world, the minister said as a reason for making such a proposal.

He then asked parliament to approve a relevant bill as early as possible.

The bill that would grant male pop artists other alternative options has been pending at the National Assembly amid strong opposition from young men who have fulfilled or will soon begin their military service. 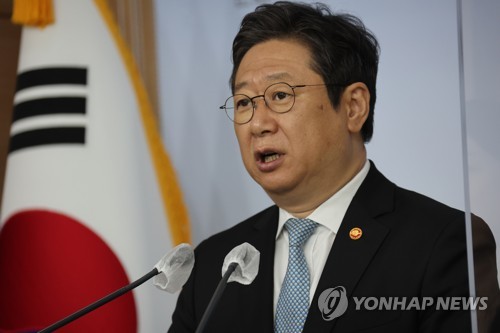 The defense ministry has also stressed the need for "prudence" in considering whether to allow active-duty military service exemptions for the band.

As for the mounting protests, particularly from men in their 20s, Hwang stressed his proposal would be worth considering "if the country can give bigger obligations to the talented pop culture artists and create greater national interests through this."