SEOUL, May 4 (Yonhap) -- Brave Girls, the K-pop group known for its sudden rise to fame last year, spurred by the viral success of its old single "Rollin'," will undertake its first-ever tour of the United States, the group's agency said Wednesday.

The group will begin the tour in Philadelphia on July 9 (U.S. time) and visit eight more U.S. cities, including New York, Miami and Los Angeles, according to Brave Entertainment.

It had remained out of the spotlight throughout its 10-year career. But in March 2021, it suddenly shot to fame, from the verge of disbanding, with the 2017 single, becoming an icon of late-blooming artists as a fan-made video of the band performing the song live at various events with witty comments from its fans, mostly conscripted soldiers, went viral on YouTube. 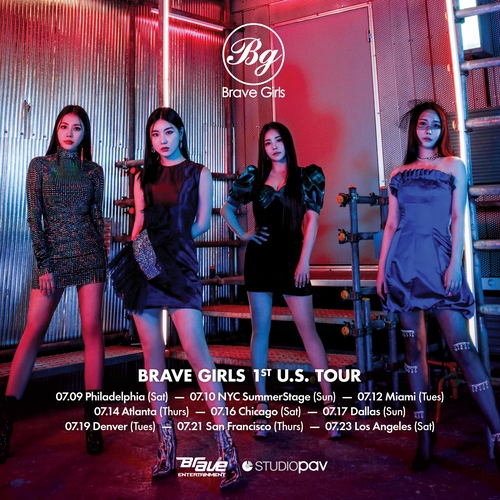