SEOUL, May 5 (Yonhap) -- President-elect Yoon Suk-yeol on Thursday named 19 presidential secretaries, including six under the senior economic secretary and seven under the chief of staff, his office said.

Yoon also decided to establish a new office to handle policy coordination and tapped his political adviser Jang Sung-min to lead it. Jang served as a political affairs secretary for President Kim Dae-jung in the late 1990s.

Yoon's pick of the secretaries came five days ahead of his inauguration. On Sunday, he named all five senior presidential secretaries and his national security adviser.

The three secretaries chosen to work with Jang in the new office will handle planning, speechwriting and campaigning to host the 2030 World Expo in Busan, respectively.

"The (new office) will collect the short- to mid-term policy projects produced by the policy departments, and build a creative schedule and message that complement them, while coordinating and managing the short-term projects that need to produce results," said Chang Je-won, Yoon's chief of staff during the transition period.

The seven secretaries chosen to assist the presidential chief of staff include Kim Il-bum, Yoon's assistant for foreign press, as chief of protocol, and former presidential officer Han Oh-seop as chief of the situation room for state affairs. Joo Jin-woo, a former prosecutor, was tapped for legal affairs secretary.

Yoon is expected to announce his nominations for the remaining secretarial positions Sunday. 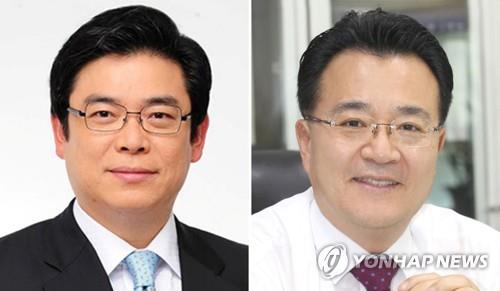