SEOUL, May 6 (Yonhap) -- President-elect Yoon Suk-yeol on Friday called on India to use its seat on the U.N. Security Council to draw a united international response to North Korea's provocations, his spokesperson said.

Yoon made the request during a meeting with Indian Ambassador to Seoul Sripriya Ranganathan at his office, while expressing his thanks for Indian Prime Minister Narendra Modi's congratulatory message following his election.

"Regarding North Korea's repeated provocations, the new government will keep its door open to dialogue but respond firmly to provocations," Yoon said, according to his spokesperson, Bae Hyun-jin. "As a non-permanent member of the U.N. Security Council, I hope India will cooperate closely to draw a united response from the international community."

North Korea has conducted a series of weapons tests this year, including an intercontinental ballistic missile (ICBM) test in March that ended its yearslong self-imposed moratorium on nuclear and ICBM tests.

Yoon asked the Indian government for its active support for South Korea's partnership with the Quad security forum through its working groups. The Quad, which involves the United States, Japan, India and Australia, is seen as a forum aimed at countering China's rise.

He also emphasized the importance of the two countries' "strategic cooperation" for world peace and prosperity, noting next year will mark 50 years since they established diplomatic ties.

Ranganathan expressed her agreement with Yoon's remarks and promised to continue to work to enhance cooperation between the two countries. 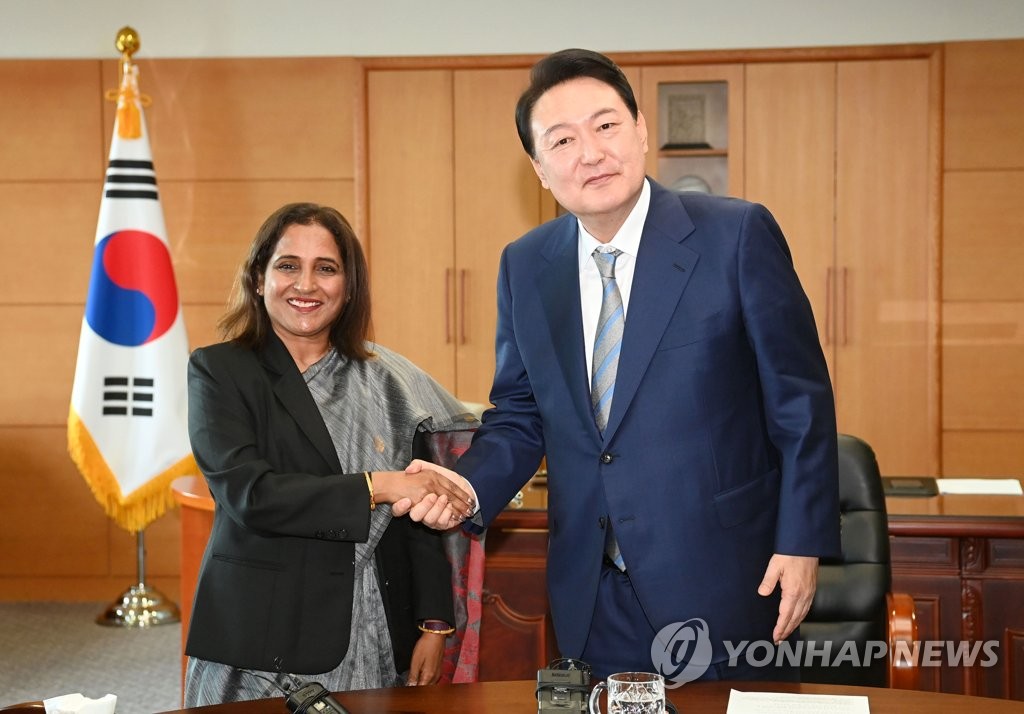