SEOUL, May 6 (Yonhap) -- President-elect Yoon Suk-yeol named 20 more presidential secretaries Friday, including seven under the national security adviser and one in charge of personnel affairs.

Yoon tapped Bok Doo-kyu, who worked as the secretary-general of the Supreme Prosecutors Office when the president-elect was the prosecutor general, for the newly established position of personnel affairs officer, his office said, announcing the second round of nominations for presidential secretaries.

Two other secretaries were named to work with Bok. 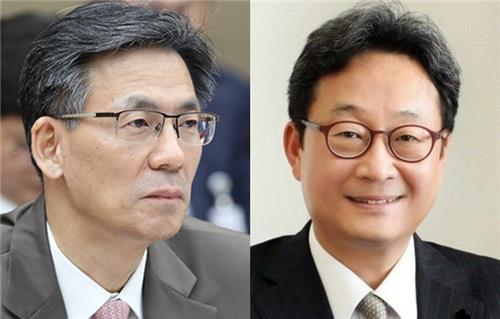 Seven people were named secretaries in the offices of the first and second deputy national security advisers.

The four under First Deputy National Security Adviser Kim Tae-hyo will include Lim Sang-beom and Lee Moon-hee, both foreign ministry officials, who will be responsible for security strategy and diplomacy, respectively.

Baik Tae-hyun, a unification ministry official, will handle unification policy, while Wang Yun-jong, a professor at Dongduk Women's University, will be in charge of economic security policy.

With Friday's nominations, the lineup for presidential secretaries is nearly complete, following the announcement of 19 secretaries Thursday.