SEOUL/WASHINGTON, May 7 (Yonhap) -- North Korea may be preparing to stage a nuclear test as early as this month, a state department spokesperson has said.

Jalina Porter said the U.S. has also shared the information with allies and partners.

"The United States assesses that the DPRK is preparing its Punggye-ri test site and could be ready to conduct a test there as early as this month, which would be its seventh test," the principal deputy spokesperson said in a telephonic press briefing on Friday.

Earlier reports have said the North appeared to be repairing underground tunnels at Punggye-ri that were purportedly dismantled in 2018 as a sign of its willingness to denuclearize.

Punggye-ri has been the site of all six nuclear tests conducted by North Korea to date. The last test was held in September 2017. 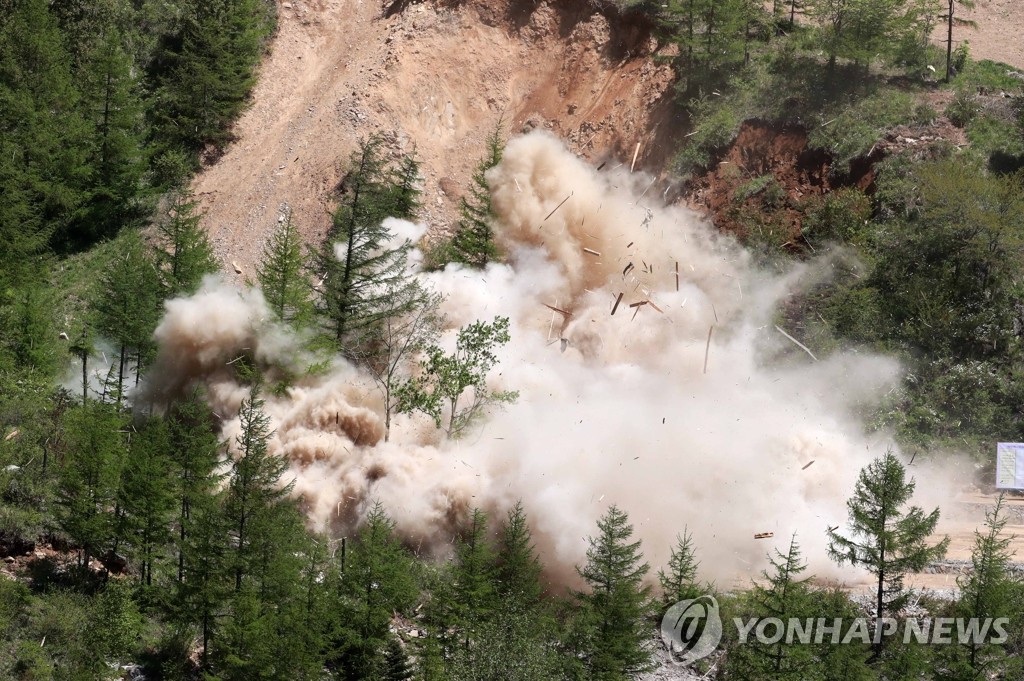 Porter said the assessment is "consistent" with what Pyongyang has said in recent public statements.

North Korean leader Kim Jong-un has said the country will continue to advance its nuclear capabilities and also use them to preemptively mitigate aggression against the country if necessary.

"We have shared this information with allies and partners and will continue closely coordinating with them as well," said Porter.

"We will also build on this close coordination when the president travels to the Republic of Korea and Japan later this month to strengthen our alliances and demonstrate that our commitment to their security is ironclad," she added, referring to South Korea by its official name.

President Joe Biden is set to visit Seoul and Tokyo from May 20-24, his first trip to Asia since taking office in January last year.

Park Jie-won, the head of the National Intelligence Service (NIS), said Pyongyang would conduct the test between the inauguration of South Korean President-elect Yoon Suk-yeol next week and U.S. President Joe Biden's planned visit to Seoul from May 20-22.

Japanese Defense Minister Nobuo Kishi also raised the possibility of the North conducting a nuclear test as early as this month, according to foreign media reports.