Seoul's top nuclear negotiator Noh Kyu-duk and his U.S. counterpart, Sung Kim, held the talks hours after the recalcitrant regime fired what was presumed to be a submarine-launched ballistic missile (SLBM) in its 15th show of force this year.

"The two sides pointed out that North Korea's launch today of a short-range missile, presumed to be an SLBM, was a clear violation of U.N. Security Council resolutions, and poses a serious threat to the Korean Peninsula and the international community," the ministry said in a press release.

"They urged the North to immediately stop additional steps that would worsen the situation, and quickly return to dialogue and a diplomatic path," it added.

Noh and Kim also agreed to further strengthen their close coordination to ensure the international community's "unified" response, including measures that can be taken by the Security Council, according to the ministry. 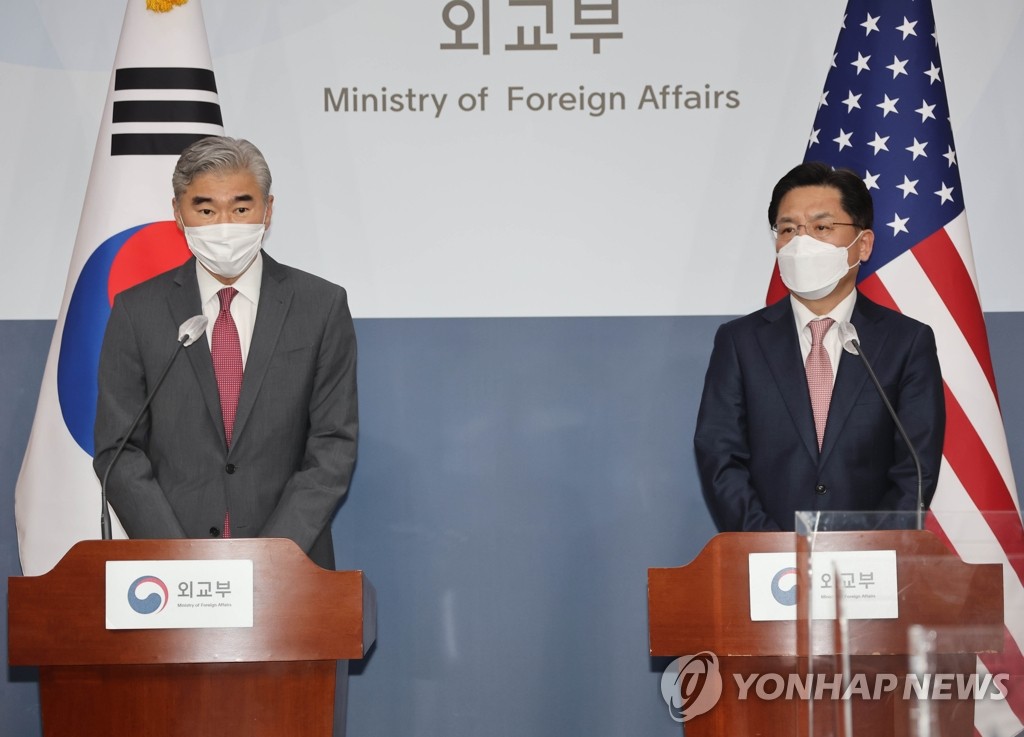