SEOUL, May 8 (Yonhap) -- Turnover of South Korea's main stock market plunged to similar levels seen during the onset of the COVID-19 pandemic as investors fret over the U.S. monetary tightening, data showed Sunday.

The average daily turnover of the KOSPI market stood at 10.7 trillion won (US$8.4 billion) in the April 6-May 6 period, down 33.6 percent from a year earlier, according to the data from the Korea Exchange.

The tally was similar to the 10.66 trillion-won turnover two years earlier when the local stock market was battered by the fallout of the COVID-19 pandemic.

In January 2021, the average daily transactions of the KOSPI market shot up to 26.4 trillion won. This year, the turnover stayed at around 10-11 trillion won after rebounding from a yearly low of 9.9 trillion won in December last year.

The sluggish stock transactions came as investor sentiment was weakened by expectations for the U.S. Federal Reserve's aggressive rate hikes.

Last week, the Fed raised the benchmark interest rate by a half-percentage point to a range of 0.75-1 percent, the biggest hike in 22 years, to curb runaway inflation. The move followed its first rate increase since 2018 in March.

Market experts forecast the Fed is expected to hike the interest rate by a half point in both June and July.

"The financial market is expected to undergo volatile trading in the coming months, depending on U.S. inflation and jobs data," said Huh Jin-wook, an analyst at Samsung Securities Co. 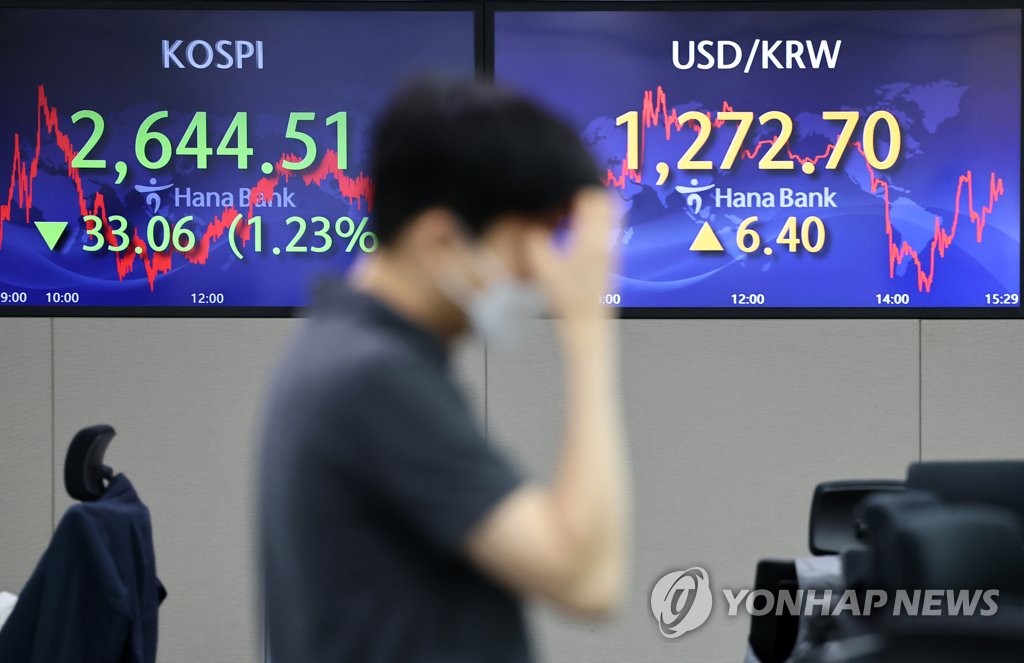