SEOUL, May 8 (Yonhap) -- Ahn Cheol-soo, the chief of President-elect Yoon Suk-yeol's transition team, declared his bid for a parliamentary seat in the June by-elections Sunday, vowing to work for the new administration's success.

Ahn, a former presidential candidate who merged his campaign with Yoon ahead of the March 9 election, said he will run for a seat representing the Bundang-A district of Seongnam, just south of Seoul.

"I will spare no effort as I seek to lay a cornerstone for the success of the new government through victory not only in Bundang but in Seongnam, Gyeonggi Province and in the entire capital area," he said during a press conference at the National Assembly.

Parliamentary by-elections are scheduled to take place in seven constituencies concurrently with the local elections on June 1.

Ahn is hoping to win the seat that was held by Yoon's former spokesperson, Kim Eun-hye, before she stepped down to run for governor of Gyeonggi Province in the upcoming polls.

Ahn took aim at Lee Jae-myung, a former mayor of Seongnam and former governor of Gyeonggi who lost the presidential election to Yoon and is now running for a parliamentary seat in Incheon, west of Seoul.

"The people of Bundang and Seongnam live with the actual economic damage and painful dishonor caused by the legal and ethical corruption of their previous mayor and governor," he said. "A leadership change is absolutely necessary in Bundang, Seongnam and Gyeonggi."

Ahn said Bundang-A is like his second home because AhnLab, the antivirus software company he founded, is headquartered there. 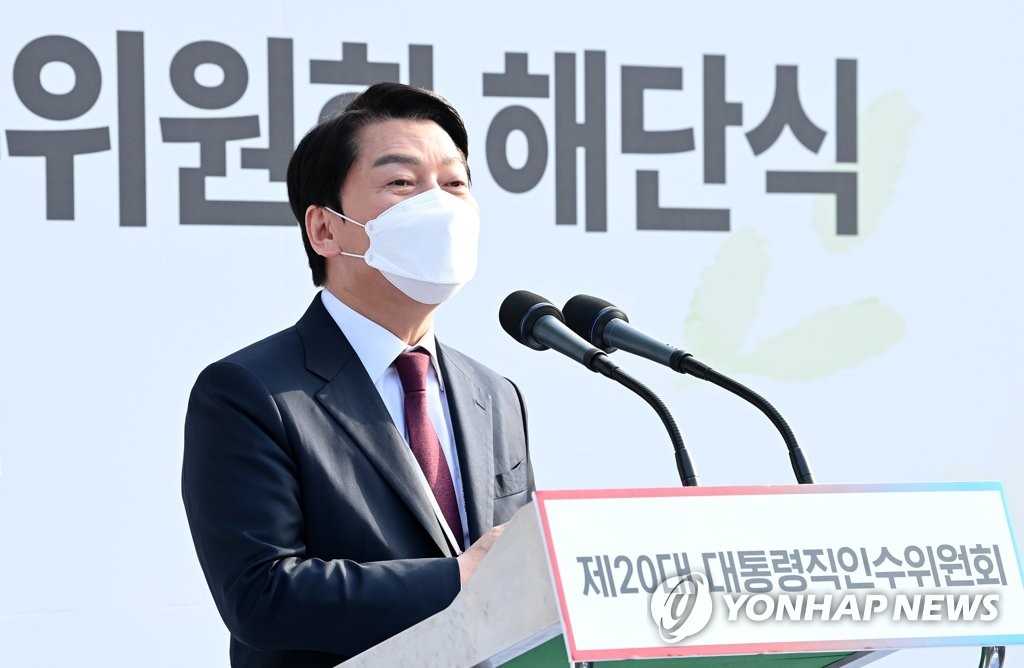