SEOUL, May 8 (Yonhap) -- Kim Ji-ha, a South Korean poet and democracy activist who was imprisoned for being critical of the authoritarian government in the 1970s, died at the age of 81 on Sunday, a source said.

Kim passed away at his home in Wonju, Gangwon Province, later in the day after suffering from a disease for about a year, according to the source at the Toji Cultural Foundation.

In 1974, Kim was sentenced to death for allegedly instigating a group of students in cahoots with North Korea to overthrow the then authoritarian government in violation of the National Security Law.

Kim was released 10 months later thanks to international efforts to mitigate his punishment. He was incarcerated again for writing a story about his wrongful imprisonment and served another six years.

In a 2013 retrial requested by Kim, a court delivered a not-guilty verdict, saying there was no evidence he plotted to organize the anti-government organization. 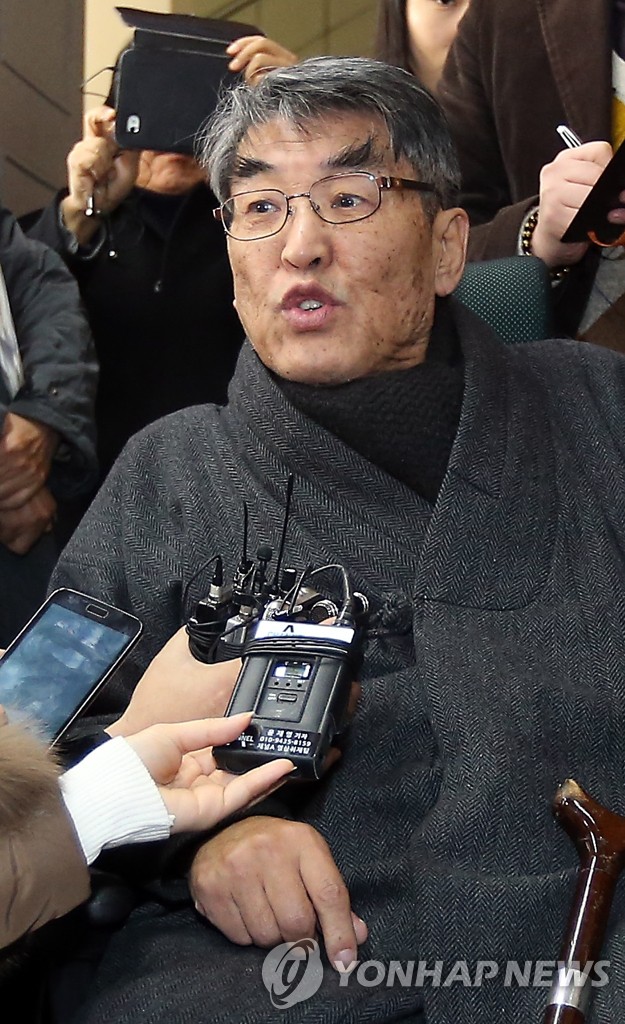