SEOUL, May 9 (Yonhap) -- The Tampa Bay Rays' South Korean first baseman Choi Ji-man is back from injury, though not in any fashion that he would have liked.

Choi struck out three times while going 0-for-4 at the plate against the Seattle Mariners at T-Mobile Park in Seattle on Sunday (local time). The Rays lost the game 2-1 in 10 innings.

This was Choi's first game since April 26. The Rays placed Choi on the 10-day injured list (IL) on May 1 due to loose bodies in his right elbow, and the move was retroactive to April 28. He ended up missing the minimum 10 days. 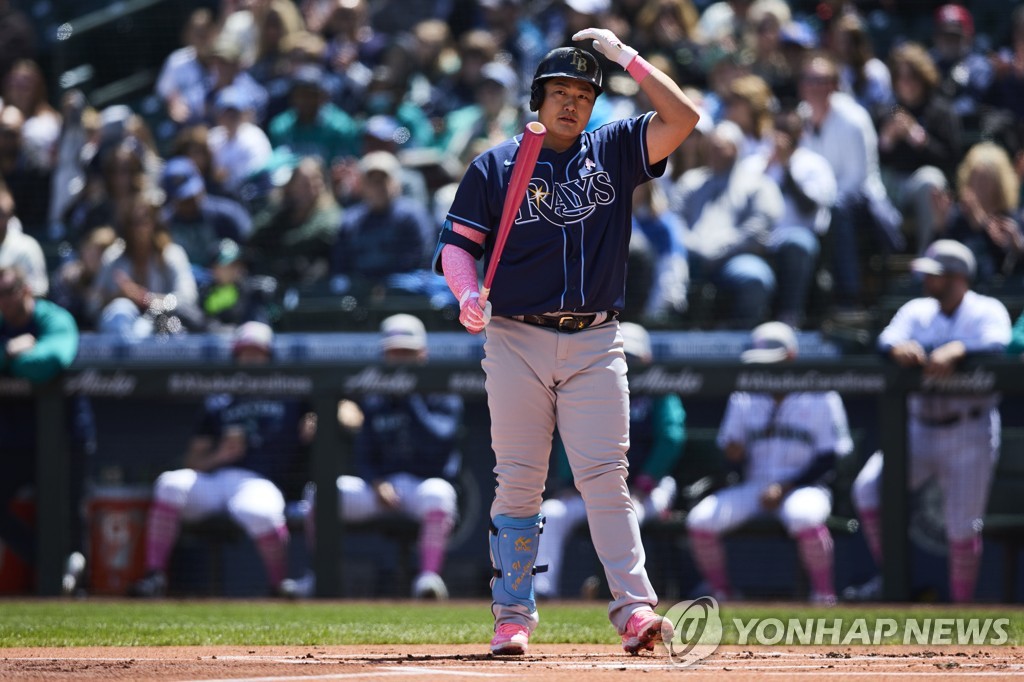 Batting cleanup, Choi went down swinging against Seattle starter George Kirby in the top of the first inning. Choi suffered the same fate in his next time up in the fourth inning, whiffing on a fastball from Kirby.

In the seventh, facing reliever Andres Munoz, Choi swung and missed on a 0-2 fastball for his third K of the game.

In the top of the ninth, Choi grounded out to third base for the final out of the frame, with the Rays nursing a 1-0 lead.

The Mariners tied the score in the ninth on Abraham Toro's solo home run and walked off on the Rays in the 10th thanks to Ty France's single.