SEOUL, May 9 (Yonhap) -- South Korean Industry Minister nominee Lee Chang-yang vowed Monday to utilize nuclear power as a tool for the country's energy security and zero-emission goals and to actively support its exports.

During a parliamentary confirmation hearing, Lee, a professor at the Korea Advanced Institute of Science and Technology, stressed his vision of seeking balanced energy use for the best interest of the people and nurturing such key industry fields as chips and batteries by easing regulations and supporting technology innovation.

"I will seek measures to reasonably utilize nuclear energy, which is a major means of energy security and carbon neutrality, and to boost the competitiveness of the sector to actively support its exports," Lee said in his opening remarks.

The Moon government declared a goal to reduce its greenhouse gas emissions by 40 percent from the 2018 levels by 2030 and reach carbon neutrality by 2050, but Yoon's presidential transition team has pledged "more realistic and reasonable" plans.

In a move to better ensure stable energy supplies, the nominee vowed efforts to beef up the monitoring of hydrogen, major minerals and various other energy resources, and to boost the country's energy development overseas.

Lee also pledged stronger state support for the development of advanced technologies and business models by easing regulations and for expanding investment in research and development. He cited semiconductors, batteries, artificial intelligence and new energy fields as the country's future strategic industries.

"My efforts will also be on the active participation in devising global trade norms on digital and green sectors, and the enhanced international cooperation to prevent any global trade circumstances from becoming trade barriers to our firms," Lee said. 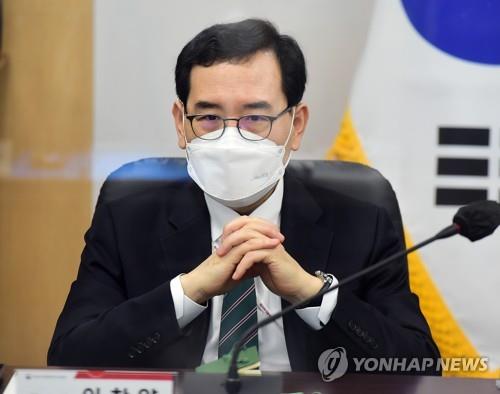