SEOUL, May 9 (Yonhap) -- South Korea has launched a preliminary feasibility study for the successor to the Nuri rocket, the country's first homegrown space launch vehicle, with the goal of sending a lunar landing module to the moon in 2031, the science ministry said Monday.

The ministry said it plans to invest 1.93 trillion won (US$1.53 billion) into the project of a next-generation space launch vehicle from 2023 to 2031. It aims to send a lunar landing module to the moon using the envisioned space rocket in 2031 after testing the rocket's capacity.

South Korea picked the project as a subject of preliminary feasibility study in April.

The ministry anticipates South Korea to acquire independent ability to conduct space exploration projects not just limited to the Earth's orbit but also those of the moon and Mars following the development.

From design to the final launch, the project will be co-handled by the Korea Aerospace Research Institute and a private partner that will later be determined.

The government plans to prioritize the use of homegrown parts in the development project to promote the growth of the domestic space technology parts industry.

Nuri, South Korea's first homegrown space launch vehicle, flew to a target altitude of 700 kilometers in October last year but failed to put a dummy satellite into orbit as its third-stage engine burned out sooner than expected.

South Korea plans to conduct another launch of the Nuri space rocket in mid-June. 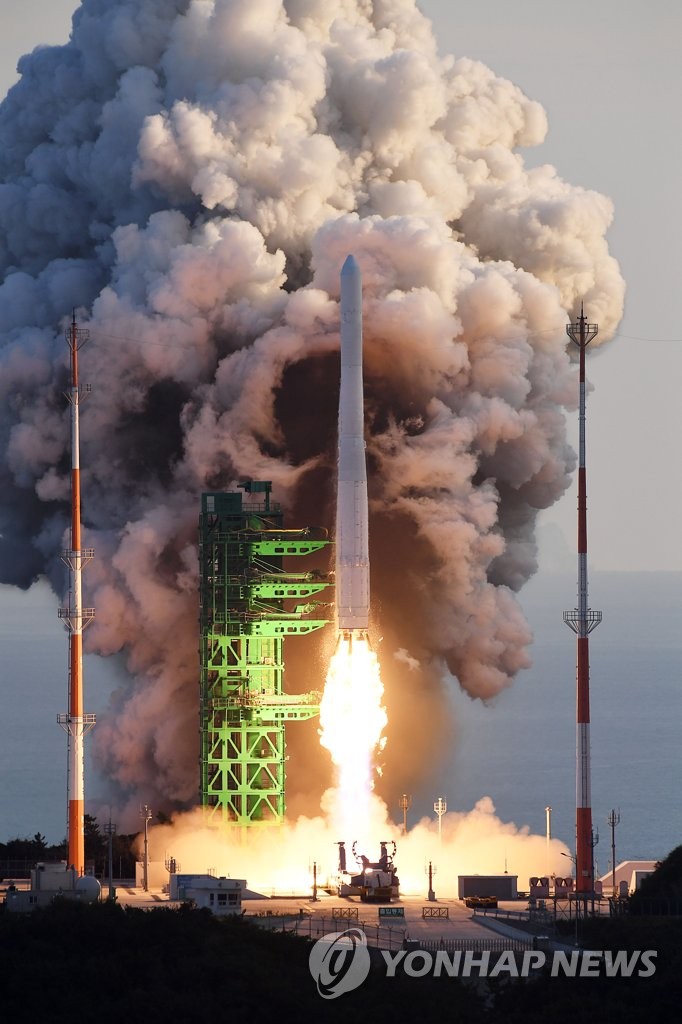