SEOUL, May 9 (Yonhap) -- Incoming President Yoon Suk-yeol on Monday named 20 vice ministers, including those for foreign affairs and defense.

Shin Beom-chul, chief of the Research Institute for Economy and Society, was tapped for vice defense minister, and Kim Ki-woong, a former presidential secretary for unification, was named vice unification minister.

The other personnel choices were for vice ministers or equivalents of the ministries of finance, education, interior, culture, agriculture, industry, health, environment, labor, land, oceans and SMEs.

"President-elect Yoon announced the personnel selections with a commitment to ensuring no gap in the running of state affairs and plans to sign off and make the appointments as soon as he takes office," his office said in a statement. 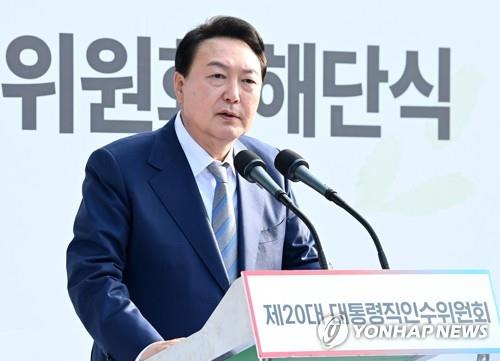