TOKYO, May 9 (Yonhap) -- Japanese Prime Minister Fumio Kishida on Monday underscored the need to resolve his country's longstanding diplomatic standoffs with South Korea as his foreign minister arrived in Seoul for the inauguration of the neighbor's new president Yoon Suk-yeol.

"Difficult challenges exist between South Korea and Japan, but (we) can't leave (the bilateral relationship) as it is," Kishida told reporters at his official residence.

He emphasized the importance of cooperation between Seoul and Tokyo as well as trilateral partnerships involving Washington, citing Russia's invasion of Ukraine that "could shake up the foundation of an international order." North Korea has also continued to escalate regional tensions with a string of major missile launches and reported preparations for a nuclear test.

Apparently on disputes with South Korea over shared history, Kishida said his government maintains a "consistent stance" that state-to-state promises should be kept. He reiterated Tokyo's firm stance on forced labor and sexual enslavement against Koreans during its 1910-45 colonial rule of their country.

Japan has claimed that related reparation issues have been already settled under a 1965 treaty to normalize bilateral relations, followed by a 2015 accord on the so-called comfort women problem.

Hayashi is scheduled to have a dinner meeting with Park Jin, tapped as Seoul's foreign minister, on Monday. He is also expected to pay a courtesy call on Yoon after his inauguration to deliver Kishida's letter, according to informed sources. 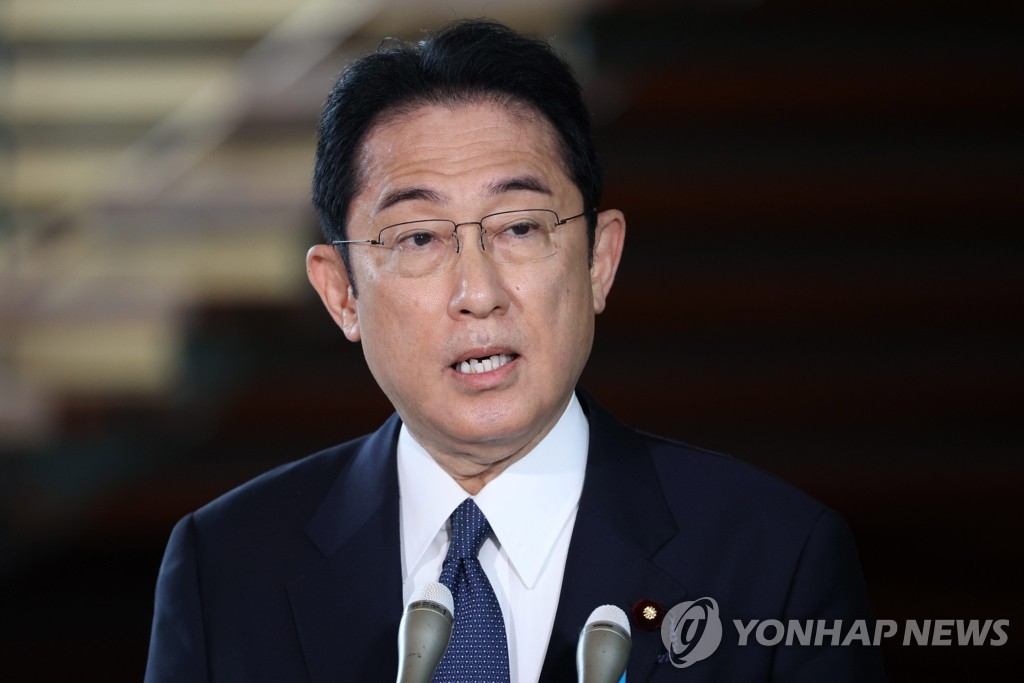