The two-week Korea Flying Training came on the eve of the inauguration of President-elect Yoon Suk-yeol, who has vowed to strengthen the alliance to counter North Korea's evolving nuclear and missile threats.

The mobilization of the F-35A warplane appears to be the allies' show of force against the North, following its launch of what was thought to be a long-range ballistic missile on Wednesday last week and an apparent submarine-launched ballistic missile three days later.

The size of this year's training is similar to those of previous years, the sources said.

The training is a scaled-back version of the large-scale Max Thunder exercise that the two countries staged in the past with the massive mobilization of their air assets and service members. 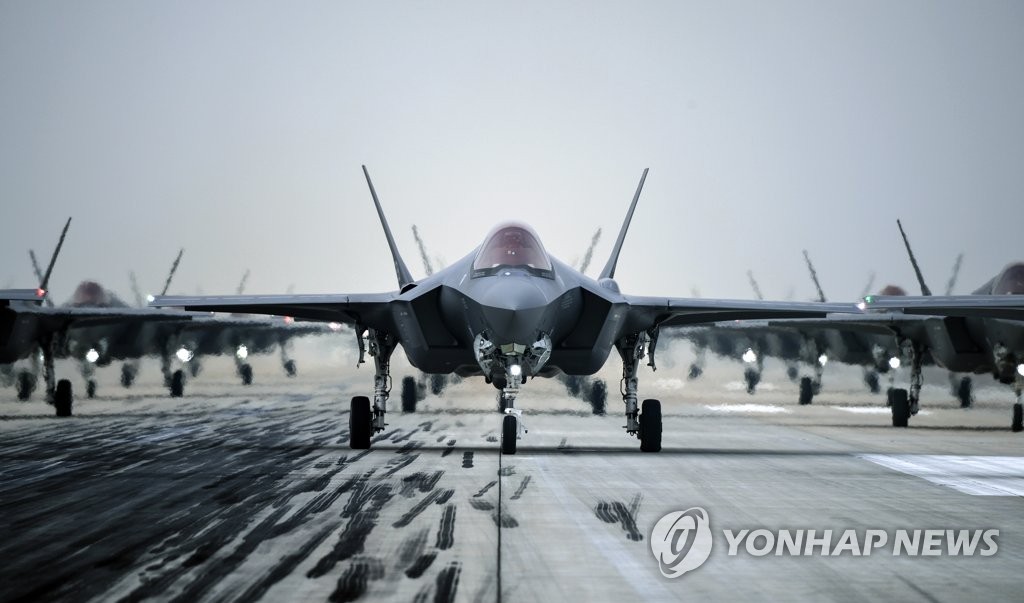