SEOUL, May 9 (Yonhap) -- Dropping its fourth EP, "minisode 2: Thursday's Child" on Monday, rising K-pop boy group Tomorrow X Together (TXT) went for an intense and dark concept that has not been seen in its discography.

The EP, the band's first release in nine months, consists of five songs of various genres that tell the story of a naive boy who grows up after experiencing love and breakup.

Its lead track is "Good Boy Gone Bad," a hip-hop genre piece combined with rock sounds about the boy who is overtaken by a whirlwind of emotions, such as rage and loss, after experiencing the first breakup of his life.

"When I first encountered the concept of the main track, I thought, 'What was expected has finally come.' I knew we would come to do it sometime," member Hueningkai said during a press conference held at a music hall in Seoul to promote the EP.

"We have so far presented songs about a boy who meets friends, love and broadens his world. But I think breakup is an incident that is inevitable for one's growth, because we come to learn new emotions through breakups," he added. 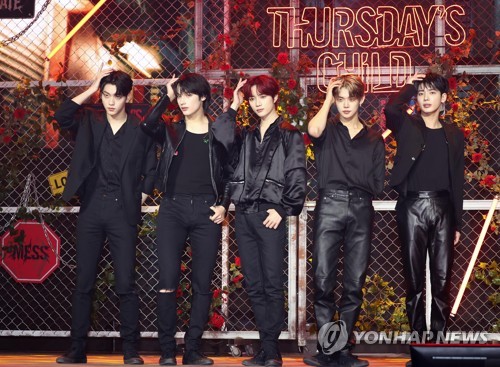 Beomgyu added, "When you think of a breakup song, you may think of a song brimming with feelings of missing a departed lover or sadness. But we made our own breakup song through a new interpretation."

He said he was a little bit worried, because it was a concept that the band tried for the first time, but he was more excited than worried, as he had always wanted to do it.

The band participated in all tracks of the new album for the first time since its debut in 2019.

Yeonjun penned the rap part of the main track and "Lonely Boy," while Beomgyu was listed as a producer of the last track, "Thursday's Child Has Far To Go." Two members each -- Taehyun and Hueningkai; Yeonjun and Taehyun -- worked as the lyricists of "Opening Sequence" and "Trust Fund Baby," respectively, and Taehyun put his name down as the lyricist and composer of "Thursday's Child Has Far To Go."

The album also includes songs by two subunits, one composed of Yeonjun and Hueningkai, and the other of Subin, Beomgyu and Taehyun. 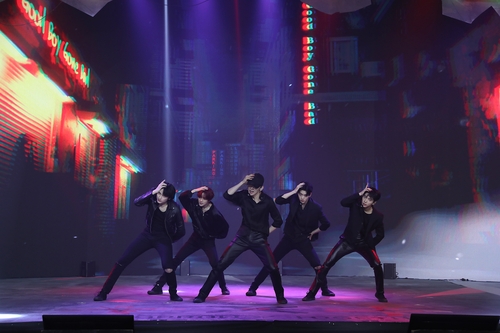 "This is the first time that members took part in all tracks of an album," Beomgyu said. "I felt proud and rewarded to see our growth as artists through this experience."

Since its debut in 2019, the band has gained traction with its "The Dream Chapter" and "The Chaos Chapter" series albums. "The Chaos Chapter: Freeze," its second full-length album released last year, reached No. 5 on the Billboard 200 main albums chart. It was the only K-pop album ever to appear on the Best Album of the Year lists by British music magazine NME and Rolling Stone in the U.S. in the same year.

Although the latest EP sits in the middle of the band's previous and next album series, it has been popular since well before its release.

According to the band's agency, Big Hit Music, preorders for the EP have surpassed 1.46 million copies.

"I was surprised so many people showed their support for the album even though it has not been released yet," Taehyun said. He expressed hope the new album will also be rated highly.

The band will kick off its first world tour since its debut in Seoul on July 2 and 3. After Seoul, the band will fly to the United States to hold concerts in seven cities, including Chicago, New York, San Francisco and Los Angeles, until July 23.

"Since we're really confident in offline performances, we want to show you that we as a group are better on stage," Taehyun said.

Beomgyu also expressed his anticipation of the upcoming world tour, saying, "I hope it will serve as a chance to return the energy that we have received." 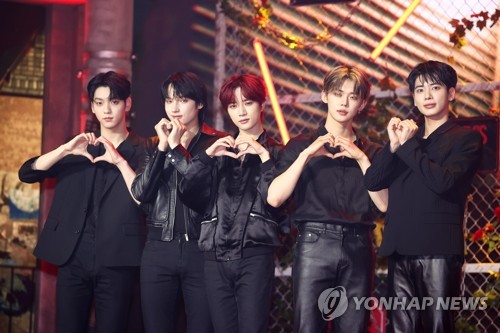