During the meeting, the two sides shared the view that the frayed ties between Seoul and Tokyo should be promptly mended and vowed to push for "speedy consultations" via diplomatic channels to deal with pending bilateral issues, according to the ministry.

"The two sides agreed that strengthening close coordination between South Korea and Japan, as well as with the United States, is ever more essential under the changing situation on the Korean Peninsula and the international order," the foreign ministry said in a statement.

Park said the two nations need to inherit and develop the reconciliatory spirit of a 1998 declaration between then South Korean President Kim Dae-jung and then Japanese Prime Minister Keizo Obuchi. 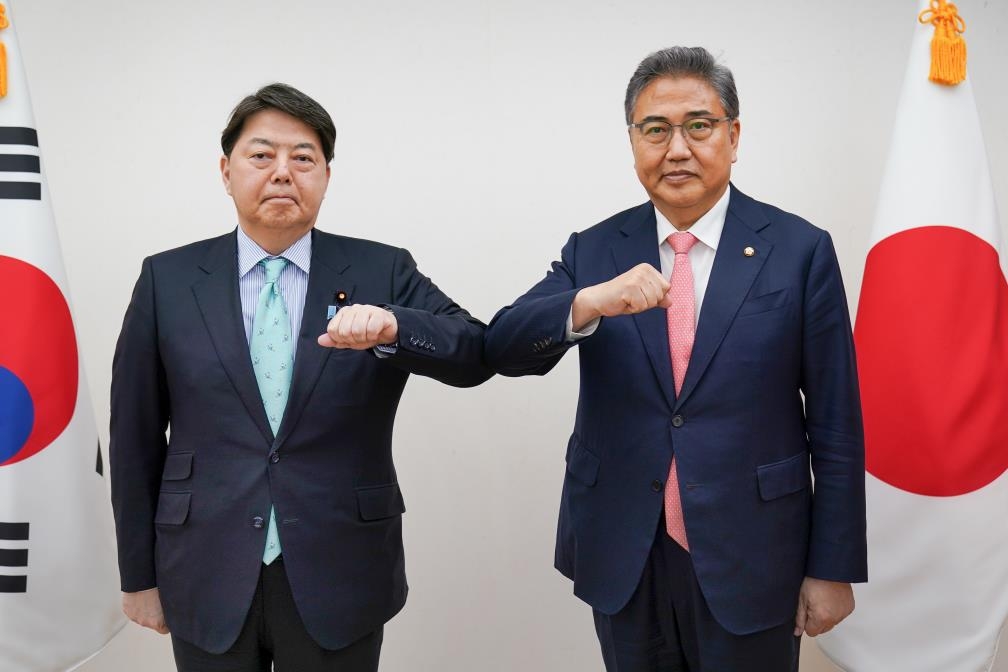