WASHINGTON, May 9 (Yonhap) -- South Korea will continue to strengthen its alliance with the United States under new President Yoon Suk-yeol, but possibly in areas and ways that are different from those of the former Moon Jae-in administration, U.S. experts said Monday.

They also forecast the allied countries to further enhance their joint deterrence against North Korea amid Pyongyang's continued missile provocations.

"I think the alliance will grow in different ways under the Yoon administration," said Frank Aum, a senior expert on Northeast Asia at the U.S. Institute of Peace, a state-run think tank based in Washington.

"There will be a greater emphasis on military and economic demonstrations of alliance resolve and unity against North Korean provocations ... There will also likely be greater South Korean efforts to demonstrate its role and leadership in the international community and shift away from a predominant focus on North Korea," he told Yonhap News Agency.

North Korea has staged 15 rounds of missile tests this year, including its first intercontinental ballistic missile (ICBM) test in over four years in March. 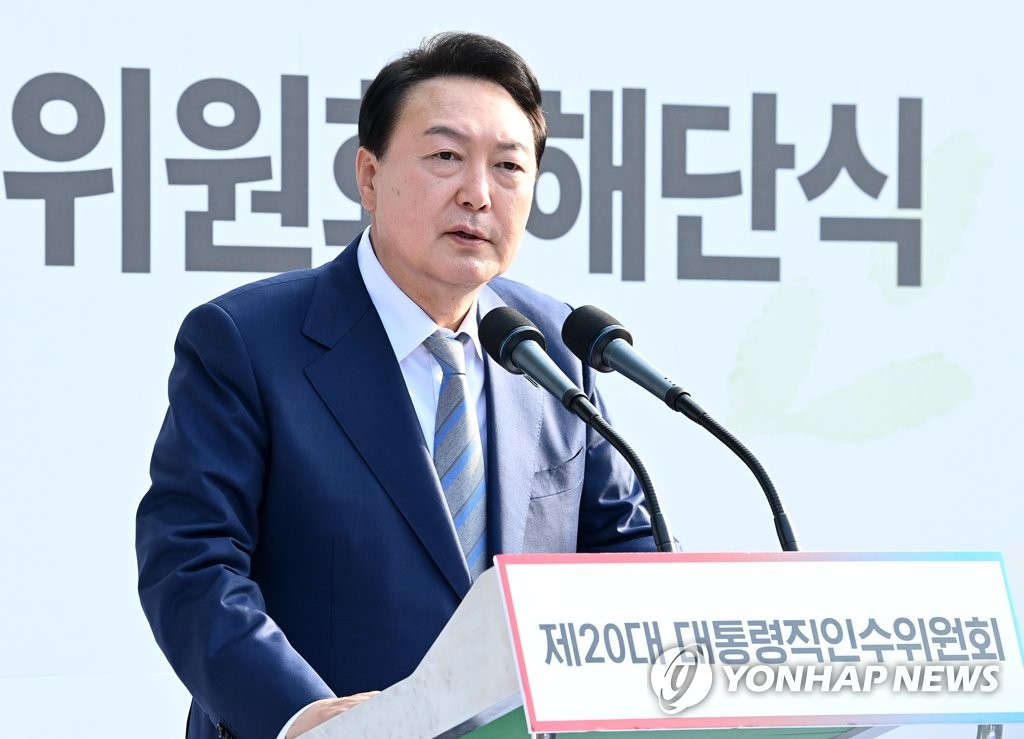 Harry Kazianis, president of the Washington-based Rogue States Project think tank, noted the South Korea-U.S. alliance may have developed toward dialogue and diplomacy with North Korea under Seoul's former Moon administration, but that it will now likely focus on stronger deterrence.

"Considering the massive military buildup North Korea has embarked upon, the Yoon government must rebuild the defense component of the alliance," he said, noting such efforts may include the restart of large-scale U.S.-South Korea joint military drills and deployment of additional U.S. THAAD missile defense units to South Korea.

"Since North Korea has not engaged in years in any meaningful way toward a compromise on its nuclear or missile programs, Yoon and (Joe) Biden must double down on efforts to ensure North Korea has no military advantages due to its current missile and nuclear buildups," he added.

Yoon began his five-year term at the start of Tuesday (Seoul time) with a briefing from military officials.

He is set to hold a bilateral summit with the U.S. president on May 21 when the latter visits Seoul as part of a two-nation trip that will also take him to Japan.

Celeste Arrington, an associate professor of political science and international affairs at George Washington University, said managing the alliance will be "smoother" under Yoon, partly because the North's continued unwillingness to engage in dialogue has driven Washington and Seoul closer together.

"Yoon also promised to work on resurrecting ROK-Japan relations, which bodes well for trilateral coordination among Seoul, Washington and Tokyo," she added, referring to South Korea by its official name, the Republic of Korea. "Under Yoon, we may see the ROK take a more active and diversified set of roles as a US alliance partner."

She agreed Seoul and Washington will likely focus on their deterrence against North Korea for the time being.

"ROK-US coordination on the DPRK will probably continue to emphasize deterrence and defense readiness, while also being ready to talk whenever Pyongyang wants," she said. DPRK stands for the Democratic People's Republic of Korea, North Korea's official name.

"I do not foresee major changes in strategy toward the DPRK," added Celeste.

Aum, on the other hand, argued the new Seoul government may seek to put economic and military pressure on North Korea to "coerce" its return to the dialogue table.

"This might also include a return to the "proactive deterrence" approach adopted by Lee Myung-bak and developed further under Park Geun-hye," he said, referring to South Korea's former conservative leaders. "Unfortunately, this overall pressure-based approach was not only ineffective in bringing North Korea back to the table, it actually exacerbated the problem and led to North Korea achieving the greatest advances in its nuclear and missile programs."

Kazianis agreed, but said South Korea will likely be "alone in trying to do anything about North Korea," with the Biden administration predominantly preoccupied by the crisis in Ukraine and other issues, including the COVID-19 pandemic and inflation.

"Team Biden will enhance the military component of the alliance and talk about talking with North Korea. But beyond offering to talk and ensuring deterrence is strong, Washington has no interest in undertaking any new diplomatic approach toward Pyongyang as it would entail too many political risks at a time of low public approval," he said.

Pyongyang has stayed away from denuclearization talks since late 2019. It has also remained unresponsive to U.S. overtures since Biden took office in January 2021.