WASHINGTON, May 9 (Yonhap) -- U.S. President Joe Biden looks forward to having discussions on North Korea with his South Korean and Japanese counterparts when he travels to the region later this month, a White House spokesperson said Monday.

Jen Psaki also said the North Korean issue will be at the "front and center" of his discussions.

"I would note that when the President goes to South Korea, (and) Japan, North Korea, especially given the recent tests, will be front and center in the agenda and discussing security in the region with them," the White House press secretary said in a daily press briefing. 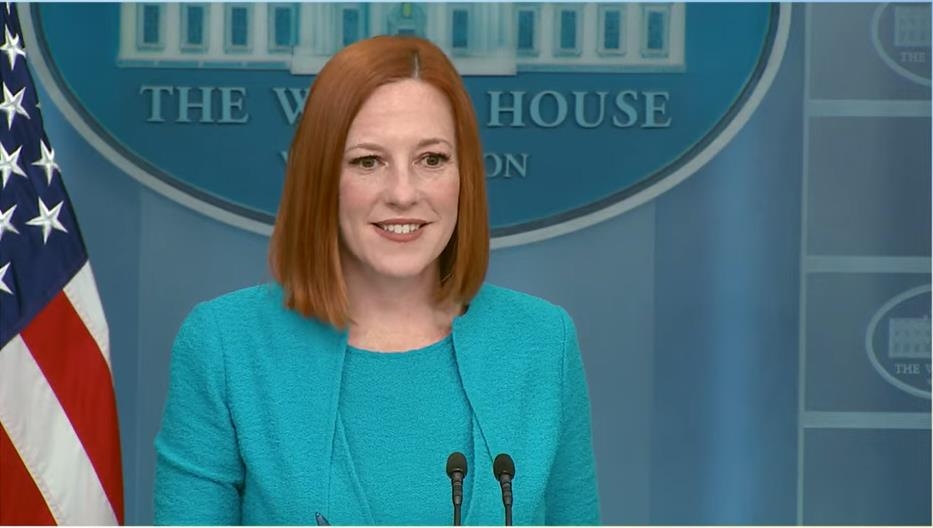 Biden is set to visit Seoul from May 20-22 for talks with South Korean President Yoon Suk-yeol, followed by a trip to Tokyo from May 22-24.

"The president looks forward to having a conversation with him (Yoon) about security in the region and, of course, denuclearization of the peninsula," Psaki said of Biden's upcoming summit with the new South Korean leader.

Biden's trip to Asia follows a recent series of North Korean missile launches that included the firing of an intercontinental ballistic missile (ICBM) in March, which ended Pyongyang's self-imposed moratorium on long-range missile testing after more than four years.

Psaki said the U.S. was monitoring North Korea for signs of additional provocations that may coincide with Biden's upcoming trip when asked, but said she had nothing to predict or preview "in terms of any preemptive sanctions or actions."

A state department spokesperson earlier said the North may be preparing to conduct a nuclear test as early as this month.

N. Korea will be at 'front and center' of Biden's trip to S. Korea, Japan: Psaki

N. Korea will be at 'front and center' of Biden's trip to S. Korea, Japan: Psaki