The Bank of Korea (BOK) worried there is a possibility of the country posting a "temporary" current account deficit in April due to mounting energy bills and a rise in corporate dividend payouts in the month.

According to the preliminary data from the BOK, the current account surplus reached US$6.73 billion in March, compared with $7.5 billion tallied a year earlier.

The cumulative surplus during the January-March quarter was also down to $15.06 billion from the previous year's surplus of $22.34 billion.

The March figure marked the 23rd straight month that the country posted a current account surplus. It, however, declined, affected by a rise in import bills caused by surging energy prices.

Costs of bringing in oil and other raw materials jumped as supply chains remained snarled amid Russia's invasion of Ukraine. South Korea relies mostly on imports for energy needs.

The goods balance, which tracks exports and imports, recorded a surplus of $5.31 billion in March, down from a surplus of $7.85 billion a year earlier.

Of the imports, costs of importing raw materials surged 52.3 percent on-year in March, with imports of crude oil and oil-related products rising 83.9 percent and 50.6 percent over the cited period, respectively.

With concerns rising over protracted global supply disruptions and the impact of pandemic-caused lockdowns in China on exports, the BOK raised the possibility of a "temporary" current account deficit in April.

"Our country's current account is expected to remain in the black, but we cannot rule out the possibility of a temporary deficit, given that the trade deficit in the month widened to around $2.66 billon and dividend payout was made in April by companies whose fiscal year ended in December," Hwang Sang-pil, head of the BOK's economic statistics bureau, said at a press briefing.

According to earlier government data, exports grew 12.6 percent on-year to $57.69 billion in April. Imports also expanded 18.6 percent to $60.35 billion, resulting in a trade deficit of $2.66 billion.

Meanwhile, the BOK data showed the service account, which includes outlays by South Koreans on overseas trips, logged a surplus of $360 million in March, compared with a deficit of $1.1 billion a year earlier.

The primary income account, which tracks wages of foreign workers and dividend payments overseas, posted a surplus of $1.15 billion in March, slightly down from $1.29 billion the previous year. 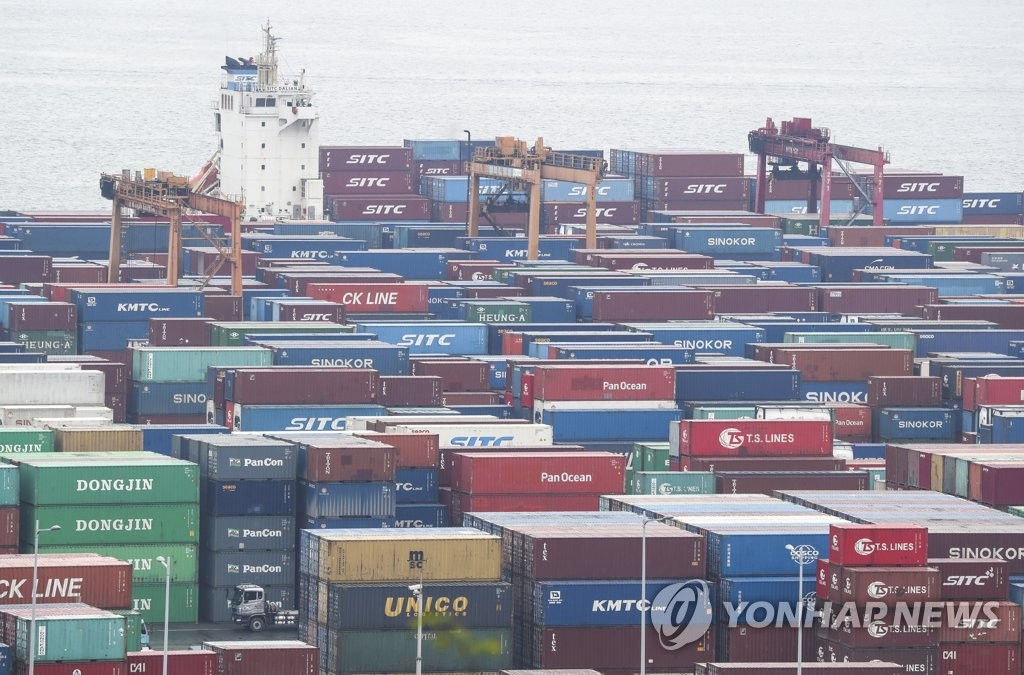