SEOUL/YANGSAN, South Korea, May 10 (Yonhap) -- Former President Moon Jae-in and his wife Kim Jung-sook arrived at their retirement home in the southeastern city of Yangsan on Tuesday after attending the inauguration ceremony of President Yoon Suk-yeol.

Moon and Kim boarded a KTX high-speed train at Seoul Station earlier in the day to head to their home in Yangsan, 420 kilometers south of Seoul, along with some of his former aides and lawmakers of the main opposition Democratic Party.

"I'm set free," Moon smiled as he waved to his supporters before boarding the train.

Putting his arm around his wife's shoulder, the immediate ex-president said he will "live well."

About 1,000 supporters gathered at Seoul Station to greet Moon and Kim, with some waving banners reading "You Are My Eternal Super Star" and "I Love Moon Jae-in." 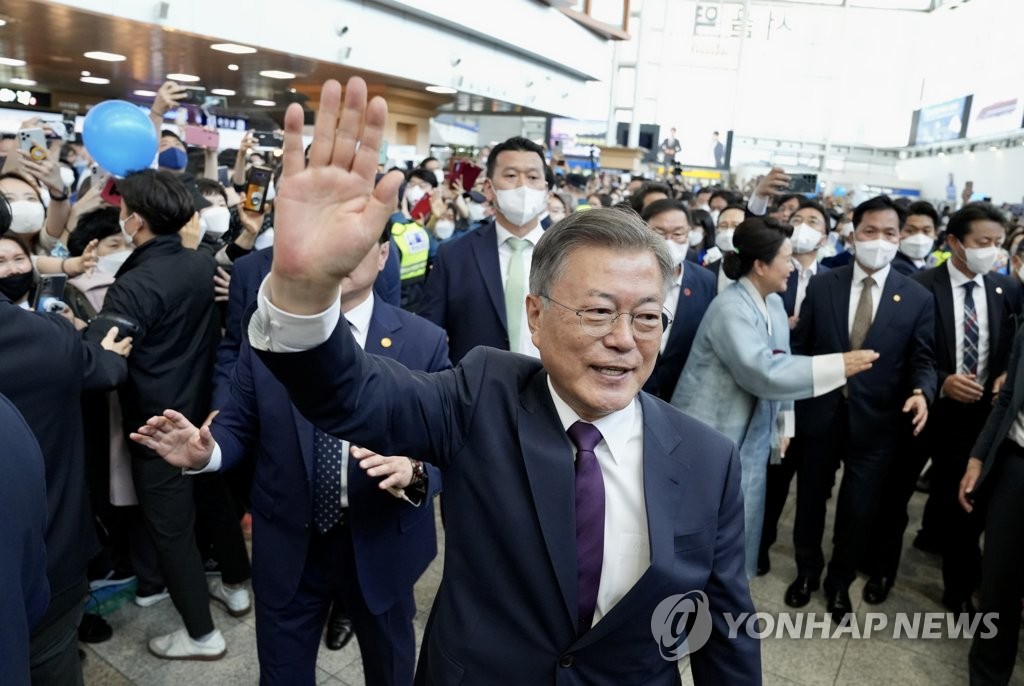 "When I return home, I feel relieved that I have finally completed everything safely," Moon told supporters upon his arrival at the home.

Moon said he will spend his post-presidential life as a private citizen by doing farmwork and sharing "makgeolli," a Korean rice brew, with residents in the town.

"I will live my life free with my wife," Moon said.

Moon, who left office Monday after serving a five-year term, has said he wants to be forgotten and will not get involved in politics after his retirement. 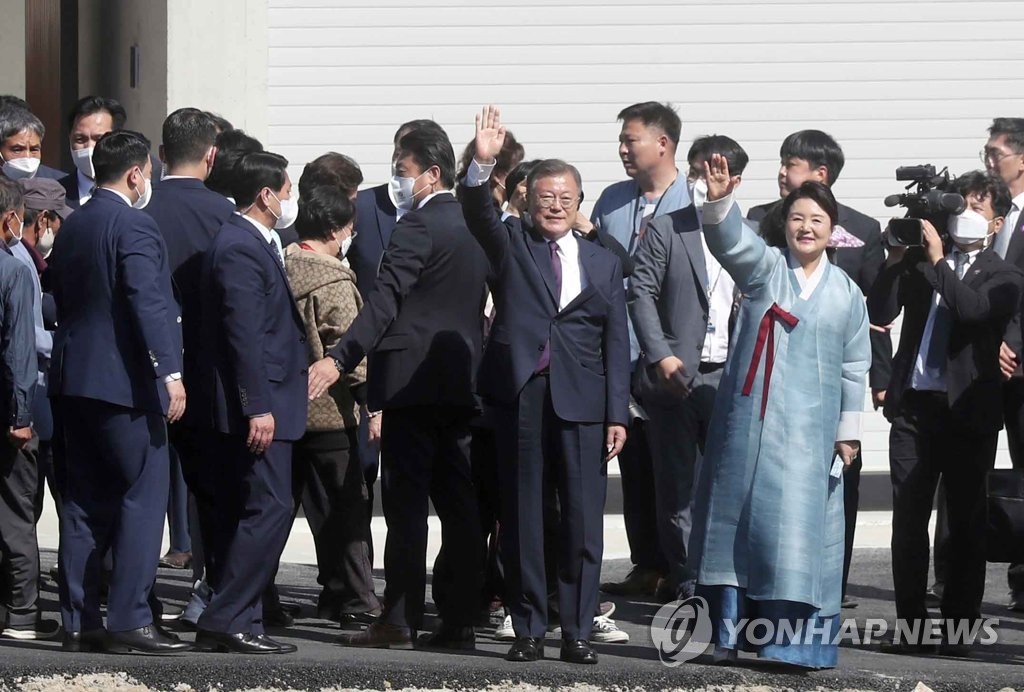