SEOUL, May 10 (Yonhap) -- President Yoon Suk-yeol vowed Tuesday to prioritize the development of the South Korea-U.S. alliance that has served as a "linchpin" of regional peace and prosperity.

Yoon made the remark during a meeting with U.S. second gentleman Douglas Emhoff and other members of a delegation sent by U.S. President Joe Biden to attend Yoon's inauguration ceremony earlier in the day.

"President Yoon said the South Korea-U.S. alliance of 70 years has established itself as a linchpin of not only peace on the Korean Peninsula but peace and prosperity in the region, and that he plans to make the development of the two countries' comprehensive strategic alliance a top priority foreign policy," Yoon's office said in a press release. 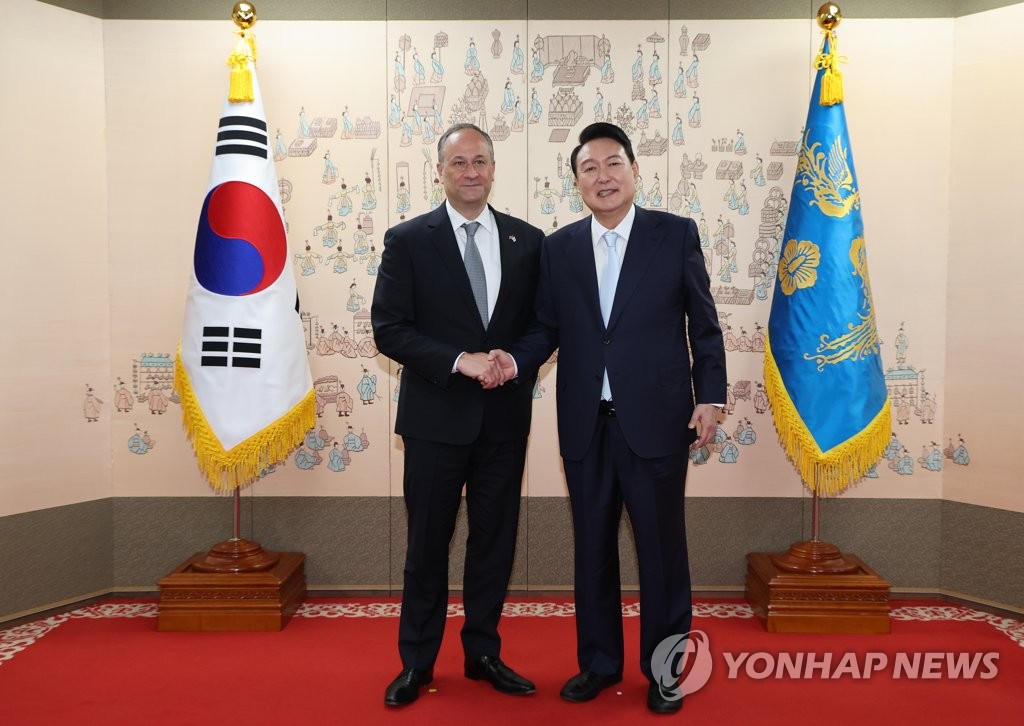 During the meeting at the new presidential office in Yongsan, Yoon also said he welcomes Biden's visit to Seoul next week and looks forward to taking the alliance to the next level through the visit.

"I believe that of the many alliances the United States has, the South Korea-U.S. alliance is the most successful model case," he said.

Emhoff handed Yoon a letter from Biden, saying the note contained not only words of congratulation but also Biden's will to work closely with Yoon over the next five years.

Emhoff said the U.S. president looks forward to meeting with Yoon during his May 20-22 trip to Seoul.

The U.S. team, which included Secretary of Labor Martin Walsh and Reps. Ami Bera (D-CA) and Marilyn Strickland (D-WA), was the first foreign delegation to meet with Yoon following his inauguration. 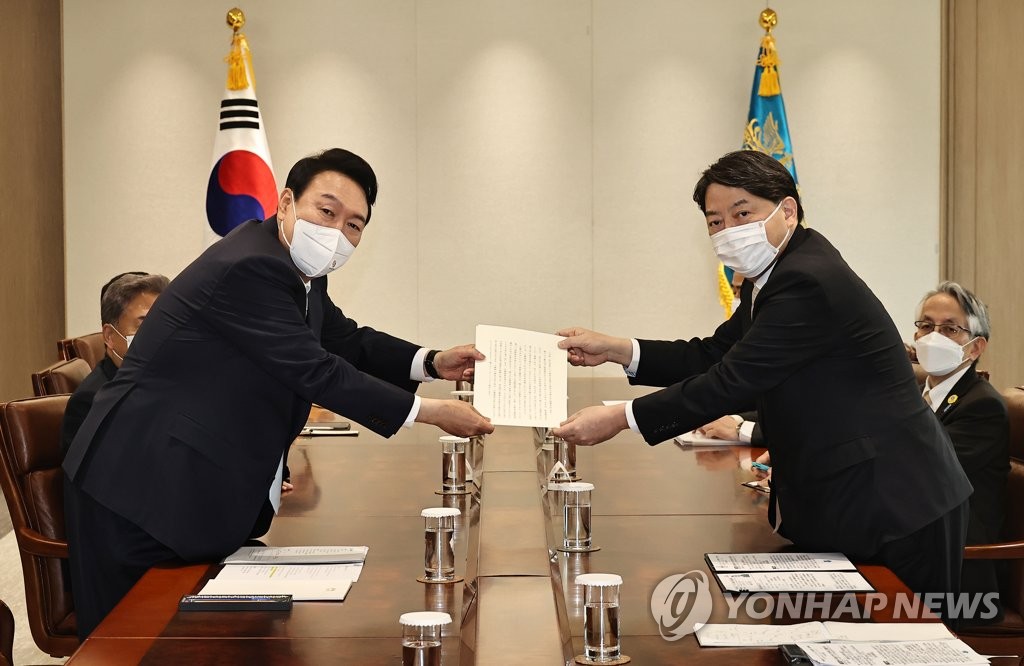 Yoon said he looks forward to working with Kishida to improve bilateral ties and asked that Hayashi continue to communicate closely with his Foreign Minister nominee Park Jin.

Hayashi told Yoon that the two countries' strategic cooperation is "indispensable" along with trilateral cooperation with the United States, and that "we cannot wait any more" to improve South Korea-Japan relations, said Yasuhiro Tsukamoto, assistant press secretary of Japan's foreign ministry, in an online press briefing.

Yoon and Hayashi also discussed the two countries' disputes over Korean wartime sex slaves and forced laborers and agreed that they should not let the situation worsen, Tsukamoto said. 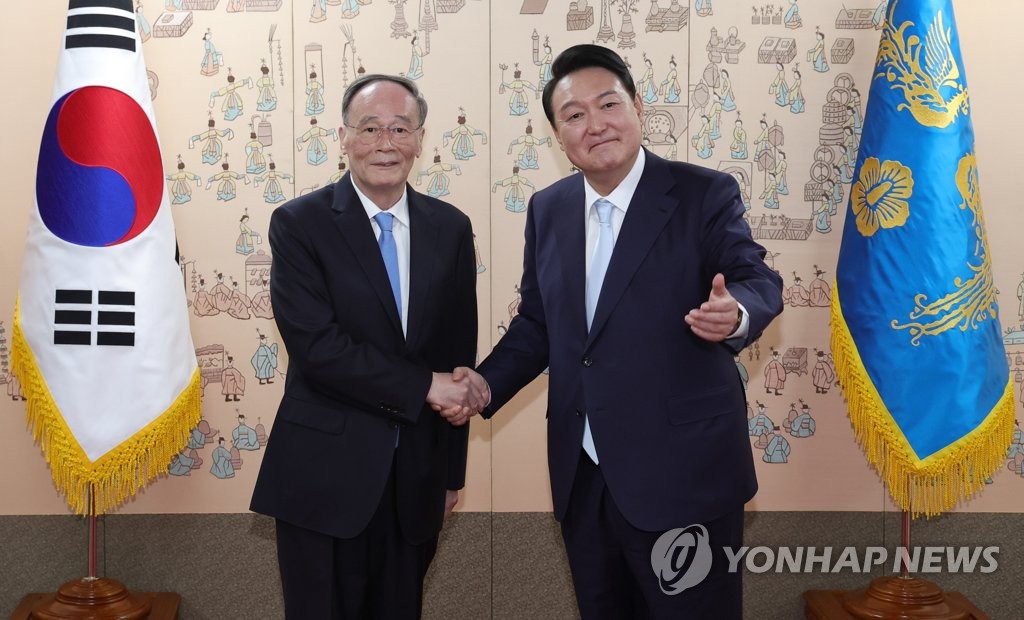 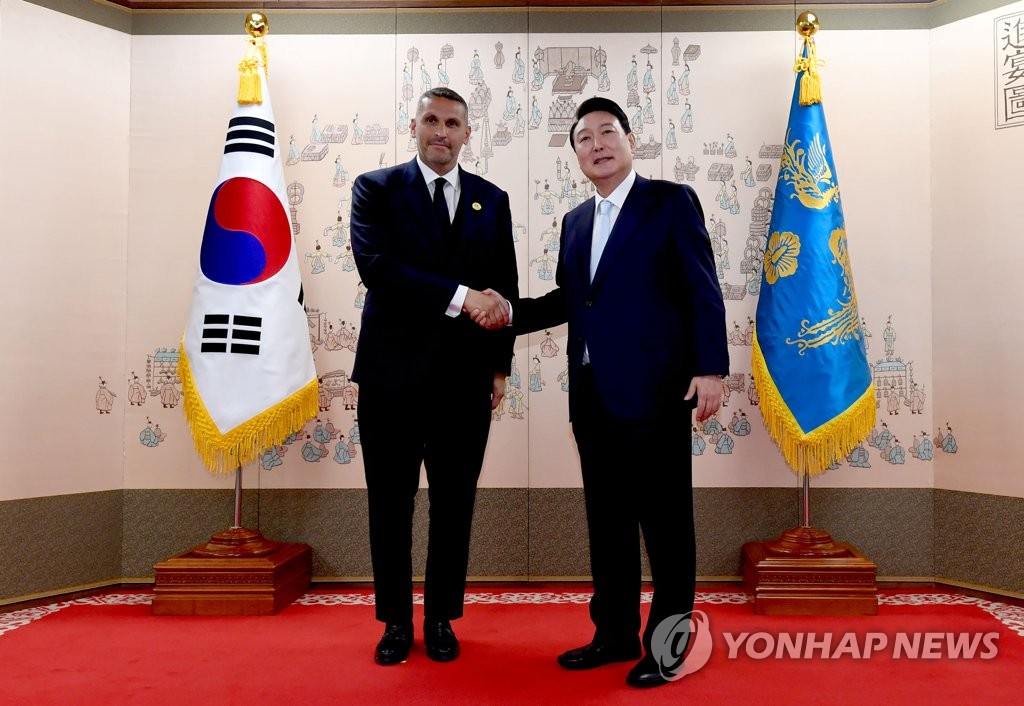 In his meeting with Khaldoon Khalifa Al Mubarak, chairman of the Executive Affairs Authority of Abu Dhabi, the president touted the "very important" relationship between South Korea and the United Arab Emirates.

The two men agreed their countries should expand cooperation, with Yoon citing areas such as nuclear power and defense and Al Mubarak mentioning oil, gas and future growth sectors.

With Singaporean President Halimah Yacob, Yoon discussed bolstering the countries' economic partnership, such as in infrastructure and digital industries. 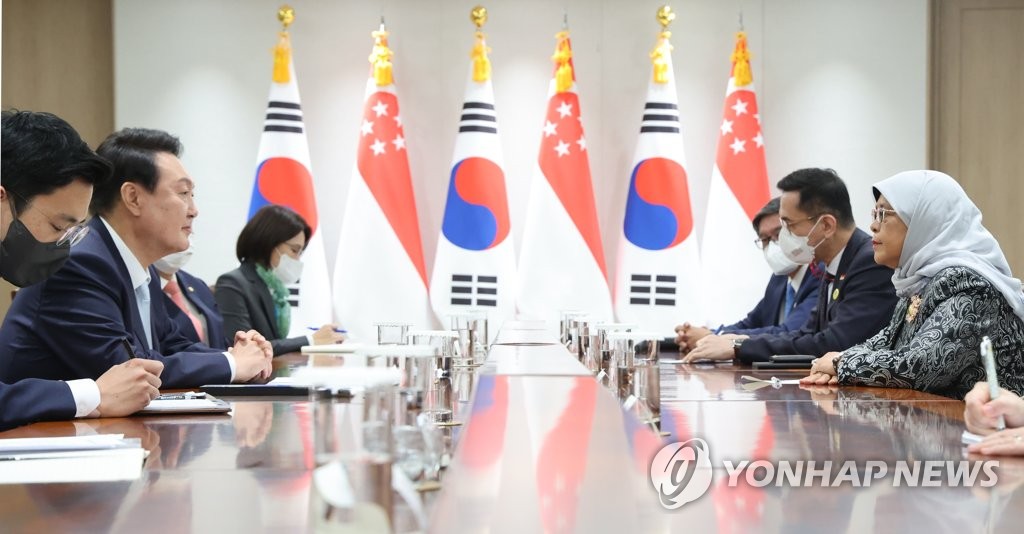