In a Facebook post, the USFK issued the message as the South and the United States are stepping up defense cooperation amid concerns about the possibility of a North Korean nuclear test.

"Congratulations on officially becoming the 20th President of the Republic of Korea, Pres. Yoon Suk-yeol!," the USFK wrote.

"We remain committed to providing a robust combined defensive posture and maintaining a high level of 'fight tonight' readiness to fulfill our obligation to protect and defend the ROK against any threat or adversary," it added.

Earlier in the day, Yoon described the South Korea-U.S. alliance as a "linchpin" of regional peace and prosperity as he met with U.S. second gentleman Douglas Emhoff and other members of a U.S. delegation that attended his inauguration ceremony. 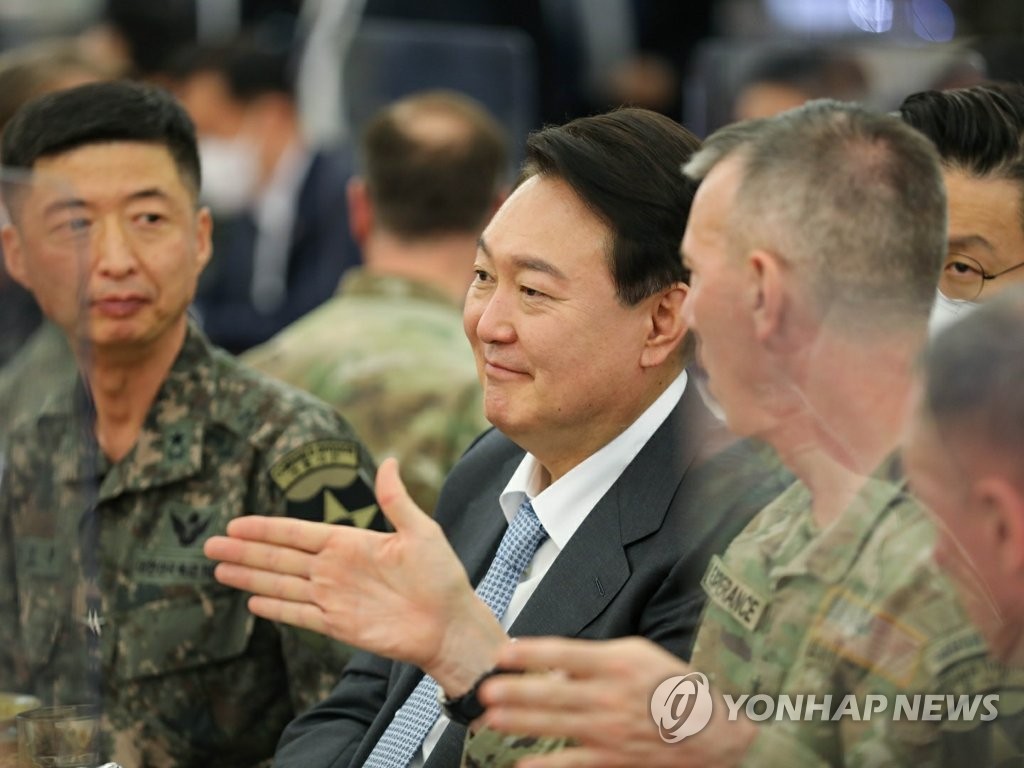