SEOUL, May 11 (Yonhap) -- The government has drawn up an extra budget bill aimed at compensating pandemic-hit small merchants and will submit it to the National Assembly later this week, Finance Minister Choo Kyung-ho said Wednesday.

Choo made the remarks at the first consultative meeting between the ruling People Power Party (PPP) and the government, a day after President Yoon Suk-yeol took office.

The plan will be endorsed at a Cabinet meeting on Thursday and submitted to the National Assembly on Friday, Choo said, adding that the government will fully cooperate with lawmakers to approve the bill by the end of this month.

During the meeting, PPP floor leader Rep. Kweon Seong-dong said the extra budget plan must include a cash handout of 6 million won (US$4,704) each for self-employed people and small merchants hit by the pandemic.

Kweon said the PPP and the government agreed to provide at least 6 million won each to 3.7 million self-employed people, small merchants and small firms with revenue of less than 3 billion won.

Choo and the PPP stopped short of mentioning the exact size of the planned extra budget, but Kweon said the size would be more than 33 trillion won.

The government has no plan to issue additional Treasury bonds to finance the extra budget, the PPP said.

The finance ministry earlier said it plans to draw up a supplementary budget proposal estimated at some 34-36 trillion won (US$26.6-28.1 billion) to help small merchants hit hard by the COVID-19 pandemic following Yoon's pledge to fully compensate them. 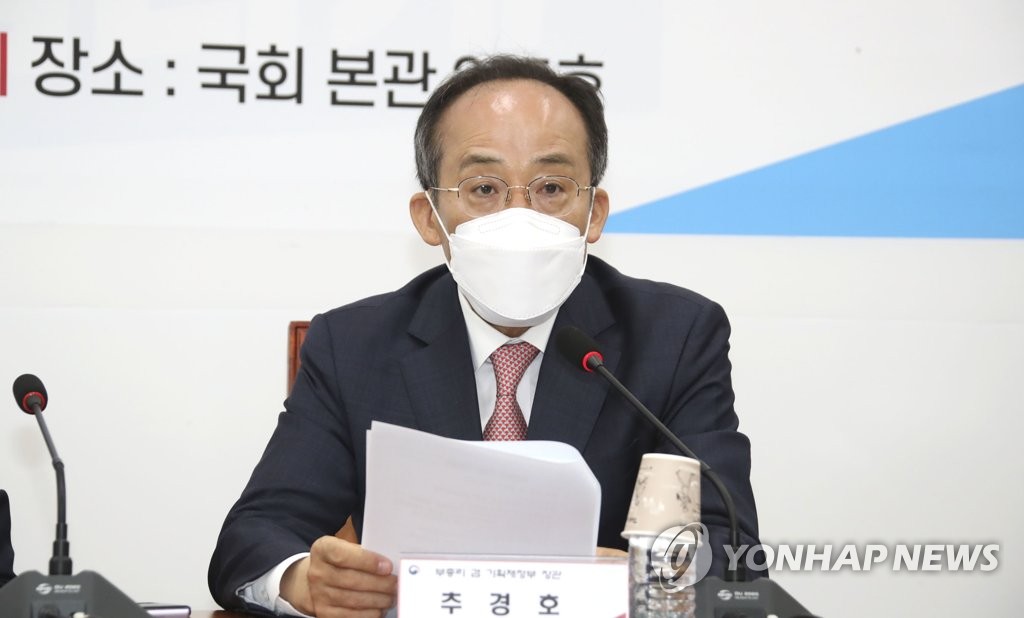