(ATTN: UPDATES with additional info in paras 10-12)
By Song Sang-ho and Kang Yoon-seung

SEOUL, May 11 (Yonhap) -- New South Korean Defense Minister Lee Jong-sup called Wednesday for a "stern and immediate" response in case of a "direct" North Korean provocation, as he took office amid rising concerns about the recalcitrant regime's possible nuclear test.

Lee, a retired three-star general, made the call during a video-linked meeting of top military officials -- the first such gathering under the Yoon Suk-yeol administration -- shortly after his inauguration ceremony.

"We have to maintain a solid defense posture in all domains -- land, sea and air -- so as to proactively respond to security threats from all directions," Lee was quoted by his office as saying. 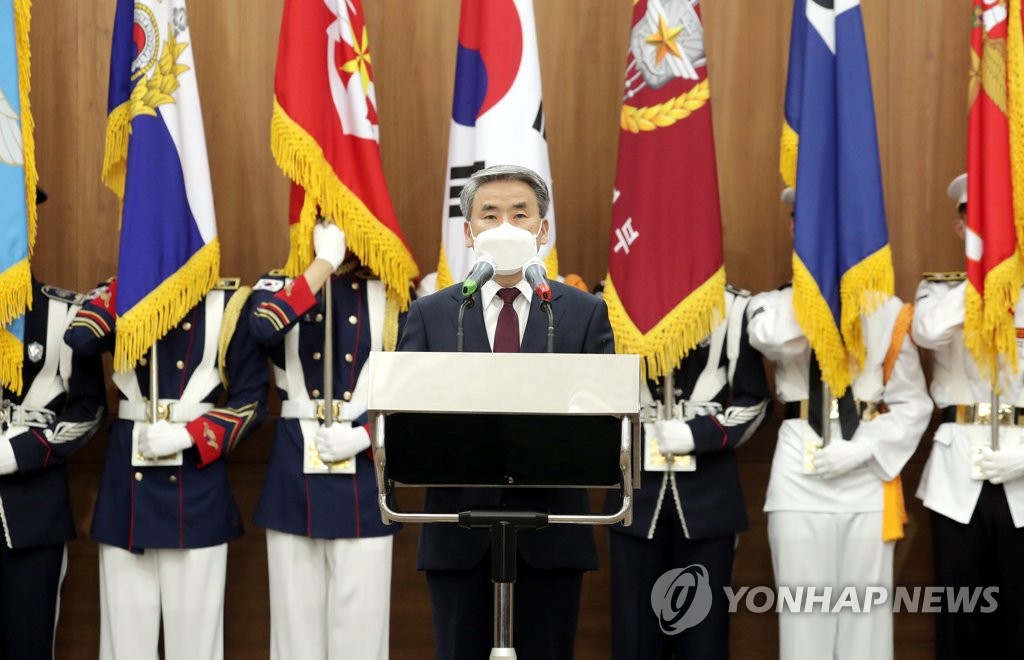 Lee then directed the top brass to respond "sternly and immediately" in light of "self-defense" if the North launches a "direct" provocation, according to the defense ministry.

During his inauguration ceremony earlier in the day, Lee also warned of a stern response to the North's possible "tactical" provocations and stressed his commitment to cementing the alliance with the United States.

"We will increase cohesion in the military alliance between South Korea and the U.S. and expand mutually beneficial defense cooperation with friendly nations," he said.

His inauguration came as the allies are stepping up security coordination amid forecasts that the North could carry out a nuclear test between Yoon's inauguration on Tuesday and U.S. President Joe Biden's visit to Seoul for their first in-person summit slated for May 21.

Later in the day, Lee visited the Air Force Operations Command and the Air and Missile Defense Command at Osan Air Base, south of Seoul, to check their readiness posture.

"The Air Force must maintain a firm readiness posture to overwhelmingly respond to any North Korean provocations amid the grave security situation marked by the North's rising missile threats and the possibility of its nuclear test," Lee said. 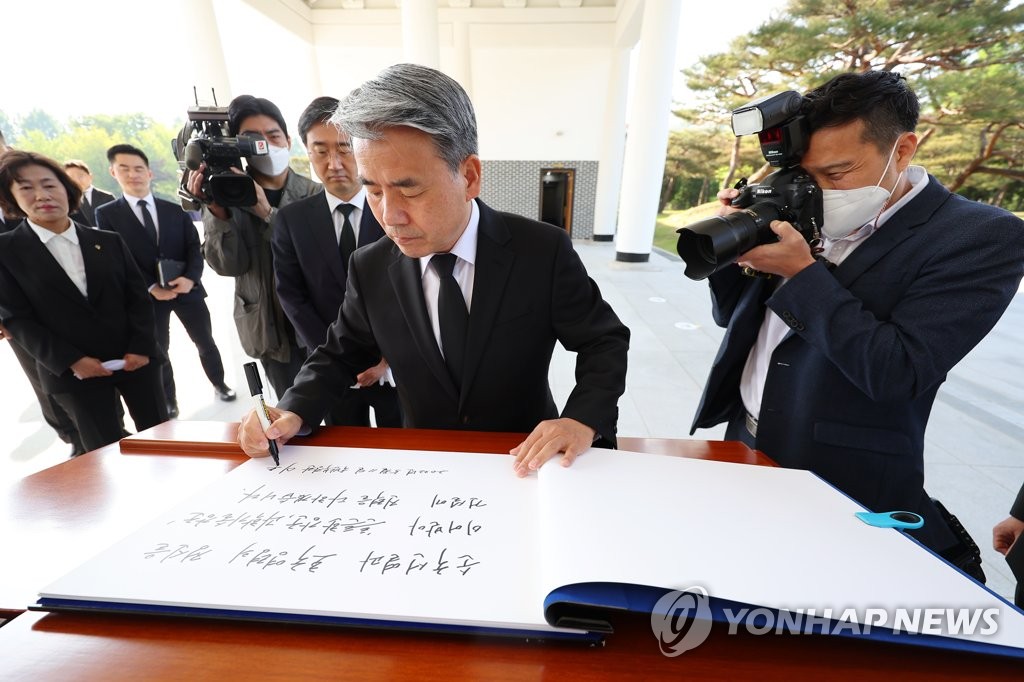