SEOUL, May 11 (Yonhap) -- Eric Jokisch is a self-motivated athlete. The left-handed starter for the Kiwoom Heroes doesn't need much in the way of external sources for inspiration.

But having a young family to go home to never hurts.

Jokisch became a father of two last month, when his second son, Von, was born in Seoul. He joined his 2-year-old brother, Wirth, in the Jokisch household.

And Jokisch, 32, said he would love nothing more than to play well for the boys. 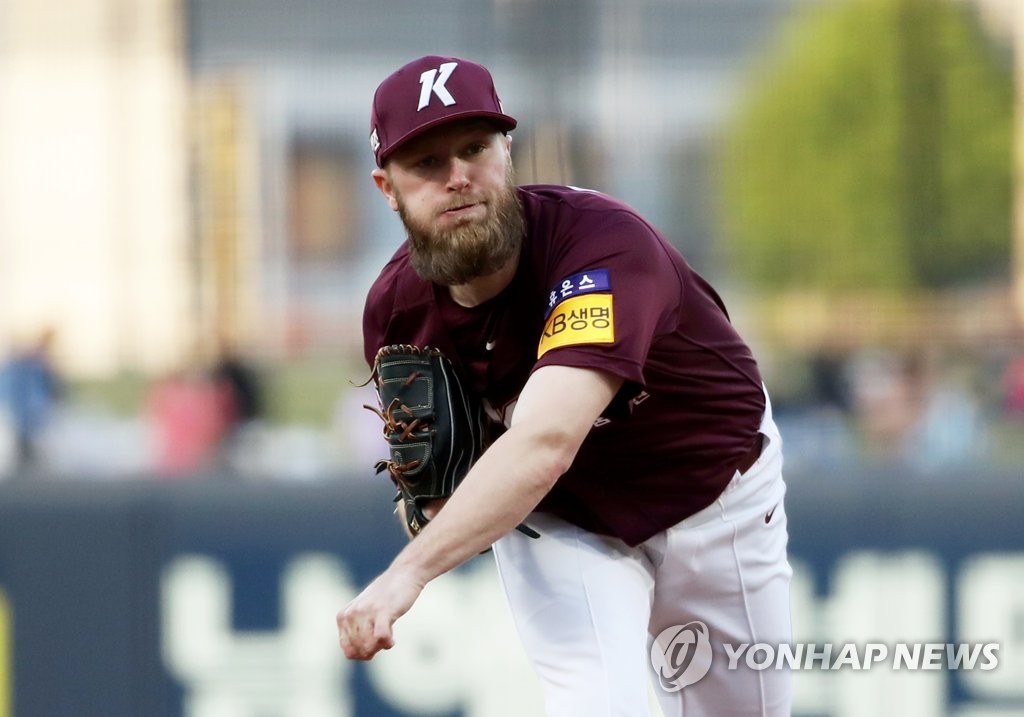 "I'd like to say that I have enough motivation, no matter what. But obviously, the family growing and being able to go home to your kids ... they're special," Jokisch told Yonhap News Agency on Tuesday at Gocheok Sky Dome in Seoul before the Heroes hosted the Doosan Bears in Korea Baseball Organization (KBO) regular season action.

"You want them to be proud of you even though they're young. You still want to go out and play well for them," Jokisch added.

The pitcher said Wirth has started to understand what his father does for a living.

"He definitely recognizes me on TV. He'll recognize me at the games," Jokisch said. "He even recognizes some of the other guys I know."

Jokisch then shared a story involving his erstwhile catcher Park Dong-won, who was traded to the Kia Tigers on April 25. Just before the trade, Park gave Jokisch a gift for the newborn and had a present for Wirth, too.

"So (Park) is Wirth's favorite player," Jokisch said with a smile. "He had that homer off me (on May 3) and I guess Wirth was cheering for him. So, yes, he kind of gets (baseball) a little bit."

This is Jokisch's fourth season in the KBO, and he had worked with Park more than any other catcher on the Heroes prior to the trade. In 71 starts with Park behind the dish, Jokisch posted an excellent 2.47 ERA.

That home run by Park was the first Jokisch allowed this season, but he didn't give up any other run in that game, which ended in a 7-1 win for the Heroes. 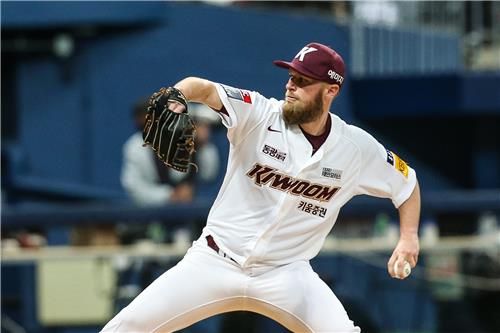 Jokisch surrendered another long ball in his next start on Sunday, and this time, he was charged with the loss in a 6-2 defeat to the SSG Landers. He lasted a season-low 5 1/3 innings -- the first time he failed to make it out of the sixth inning -- and gave up six runs, two unearned.

For the season, Jokisch is 3-3 with a 2.66 ERA, along with 41 strikeouts against only four walks in 44 innings. In terms of rate stats, Jokisch is striking out more batters and walking fewer batters than ever.

He has had two scoreless outings, and two other starts in which he limited opponents to a single run. But there have also been two starts where opponents scored at least five runs against him.

Jokisch, the ERA champion in 2020 and the wins leader in 2021, didn't make much of his early-season inconsistency.

"It's the beginning of the year. There's always some figuring out what's going on," he said. "I always hope to get through April and then, May and June, kind of feel good and get into a good rhythm. Can't complain too much about the start. Obviously would want a couple better ones, but that's all right. We'll get better."

Jokisch is one of the longest-tenured foreign players in the KBO. Few pitchers survive here that long, and Jokisch has thrived, even as familiarity among hitters has left room for contempt to grow. 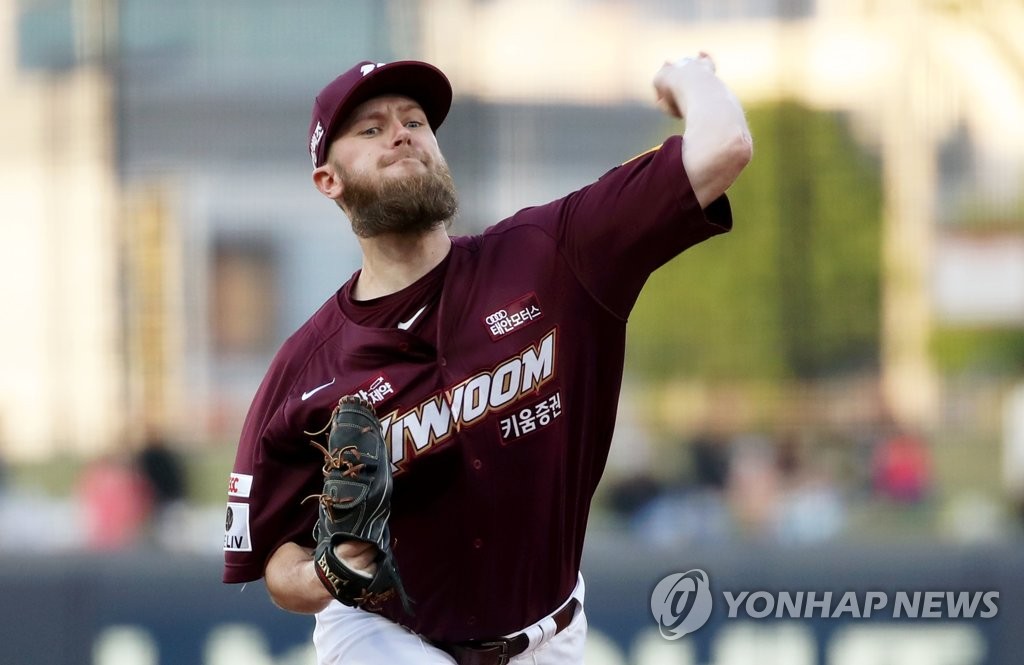 "I feel very confident in how I want to approach every game. It's just execution now for me," he said. "I know the hitters really well but they also know me. So every year, I tried to add a few different wrinkles in, but overall, it's staying true to who you are and just trying to make good pitches every game."

Before arriving in the KBO, Jokisch had spent a few years in Triple-A. Teams in the minor leagues change constantly, as some players get called up to the majors and new faces come up from lower levels of the competition. Jokisch recalled how he hardly ever faced the same team two years in a row.

It has been a much different story in the KBO, with few changes to rosters across the league during Jokisch's time.

"Those guys know kind of what I am going to throw," he said. "It's just being able to execute and change things here and there to keep them off balance. It's a big time cat-and-mouse game." 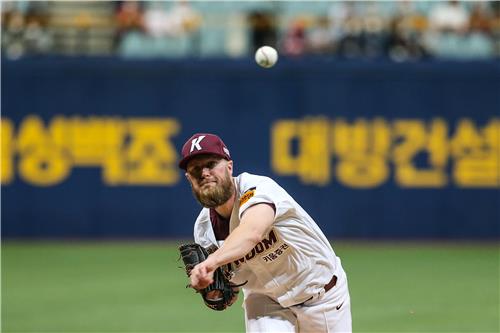 In each of the three starts since Park left the Heroes, Jokisch threw to Park's longtime backup, Lee Ji-young, who has now caught the American left-hander 19 times overall.

Jokisch said his overall approach hasn't changed with a different catcher, though he misses the rapport he'd built with Park.

"I've really gotten a lot better with Ji-young the last couple of games," Jokisch said. "It's just getting comfortable with what we know. He calls a great game and it's just that little adjustment." 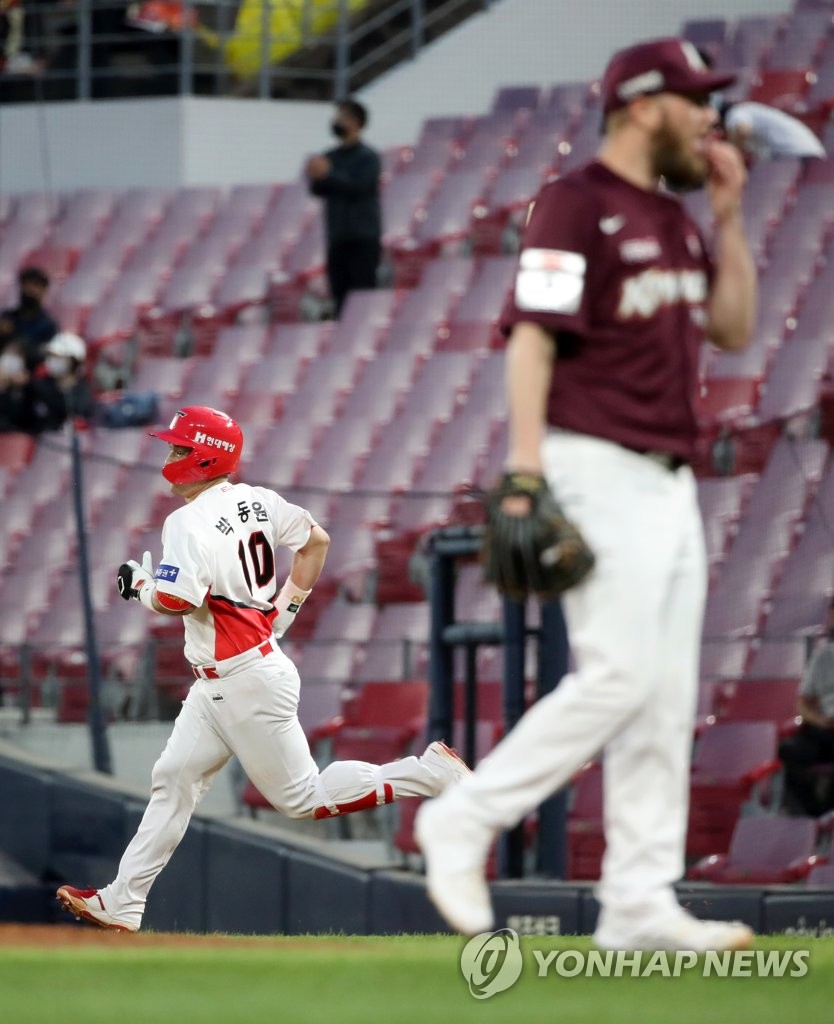