SEOUL, May 11 (Yonhap) -- Iconic movie star Kang Soo-youn was laid to rest in Seoul on Wednesday after spending half a century in the Korean film industry.

Her funeral service began at 10 a.m. at a hall of the Samsung Medical Center in southern Seoul with about 100 family members, friends and film industry people attending.

Kang, the first Asian to win best actress at the Venice International Film Festival, died of a cerebral hemorrhage at the hospital Saturday, two days after suffering a cardiac arrest. She was 55.

"I wish this could be just a scene from a movie," actor Yoo Ji-tae, who led the funeral, said. He became so emotional that he could not speak any more.

Kim Dong-ho, a former chairman of the board of the Busan International Film Festival (BIFF) who had known Kang for decades, regretted the burden her early-found status as an iconic figure in the film industry must have given her. 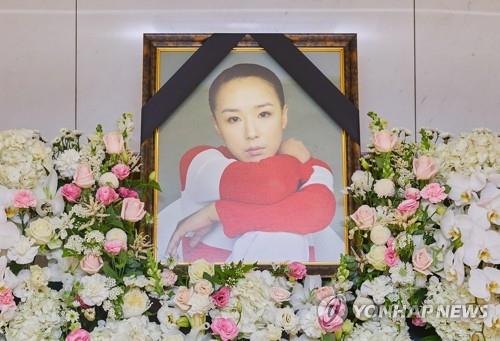 "You've lived a hard life wearing the world star crown at the young age of 21," Kim said. "You have lived more honorably and more like a star, standing firm to protect your honor and pride. You were a tough, wise and strong head of your family. Showing strong leadership and inclusivity, you have loved younger actors and had them follow your steps with trust."

"Soo-youn, I was always reassured to have you, like a friend, a daughter and a younger sister. What's the hurry to go so early? Rest in peace," he said.

Jennifer Jao, vice chairman of the Taipei Film Commission, described Kang as a "model of film industry people around the world" in a video, while Taiwanese actress Yang Kuei-mei said she was "still the most dazzling goddess to us."

Tsai Ming-liang, a Malaysian-born filmmaker in Taiwan, expressed his condolences in silence as he stared into the distance in a video.

Mourners' sobs grew louder when a video highlighting the deceased's life, such as winning in various film festivals and leading an industrywide movement to defend the "screen quota" system mandating movie theaters fill part of their screen times with homegrown films, was shown.

After the one-hour service closed and all mourners left, only the banner reading, "Goodbye, a star more beautiful than all stars in the sky" was left hung on the wall. 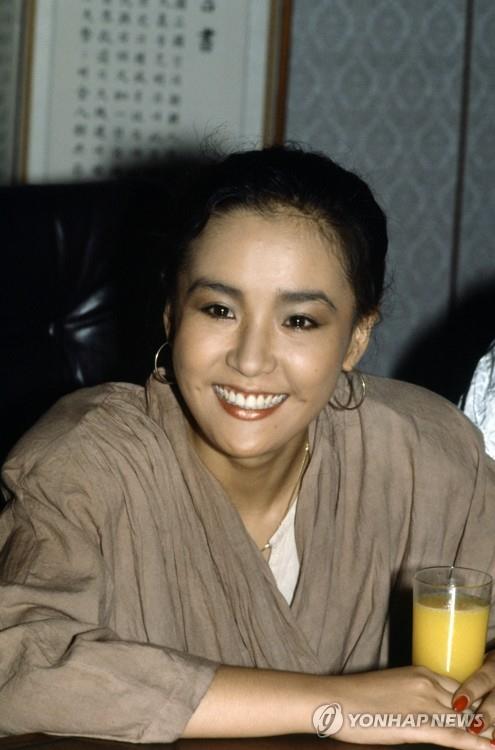