SEOUL, May 11 (Yonhap) -- The latest album from K-pop boy group Tomorrow X Together (TXT) has sold over a million copies for the first time in its three-year career, the group's agency said Wednesday.

It became the first million-selling album from the band since its debut in March 2019.

Depicting what happens after stories in the band's "The Dream Chapter" and "The Chaos Chapter" series albums, the new EP is about a boy who is overtaken by a whirlwind of emotions, such as rage and loss, after experiencing the first breakup of his life. 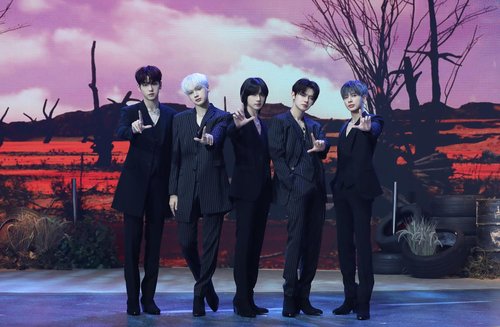