SEOUL, May 11 (Yonhap) -- President Yoon Suk-yeol met Wednesday with delegations from Indonesia, the Central African Republic and other nations who were in Seoul to attend his inauguration ceremony the previous day.

In a meeting with former Indonesian President Megawati Sukarnoputri, Yoon discussed the two countries' shared experiences in achieving democratization and economic development, saying he hopes for Indonesia's continued support for South Korea as this year's chair of the Group of 20.

Touadera said he was impressed by Tuesday's inauguration ceremony and honored to attend.

Yoon also held separate meetings with delegations from Canada and Saudi Arabia, and then Qatar, Nigeria, Ecuador and Mongolia as a group.

Separately, he met with a parliamentary delegation from Japan. 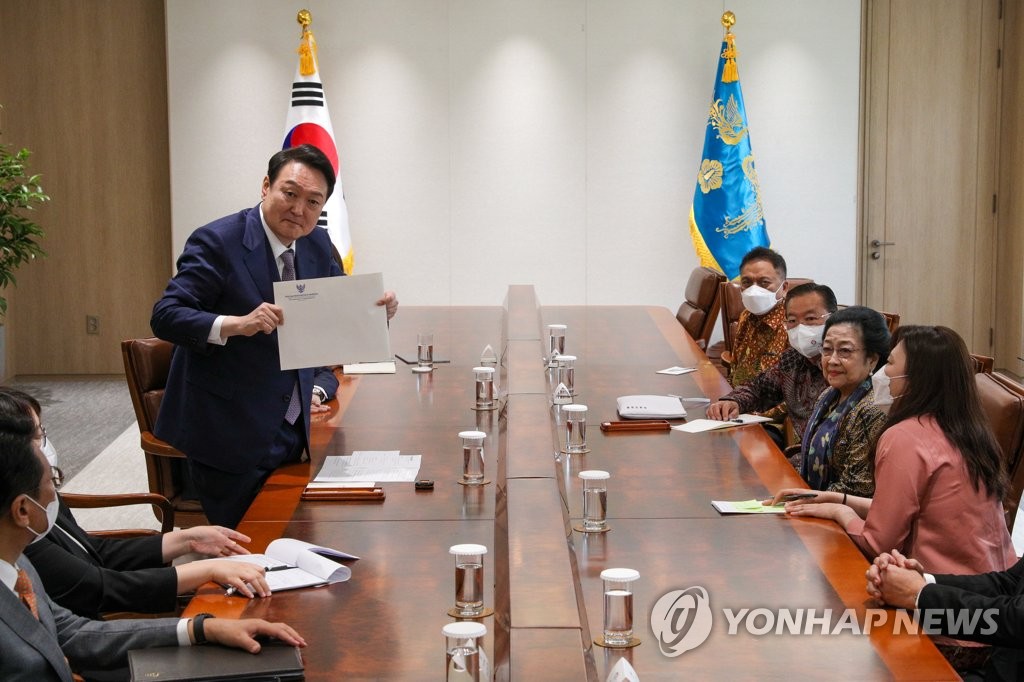 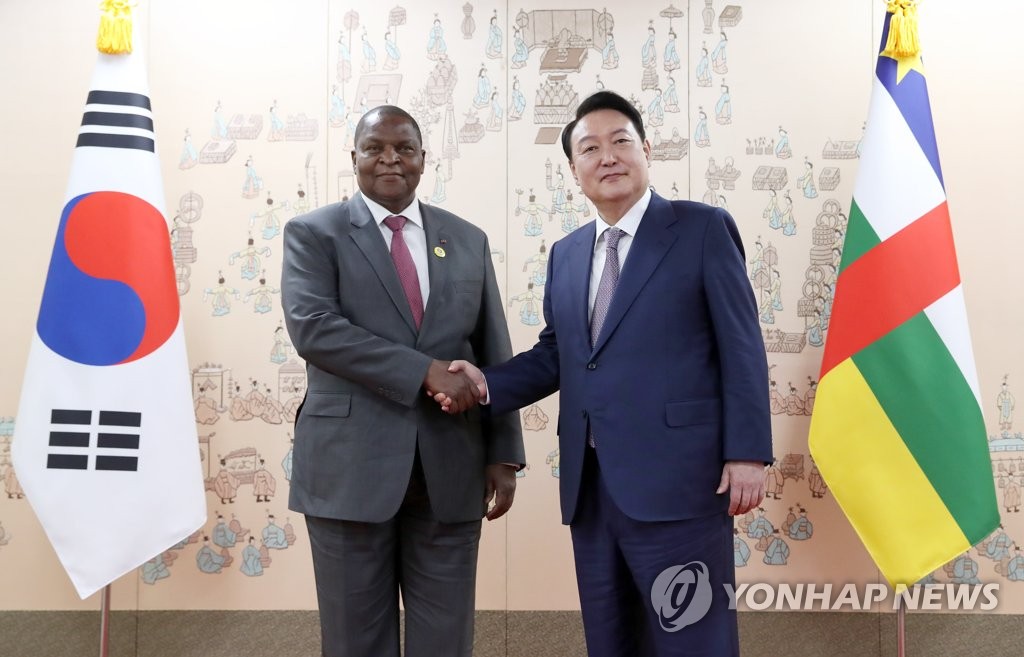