SEOUL, May 11 (Yonhap) -- The price of diesel in South Korea has outstripped that of gasoline for the first time in 14 years due to tight global supply stemming from the Russia-Ukraine war and recent fuel tax cuts, industry data showed Wednesday.

The average diesel price at local gas stations stood at 1,947.60 won (US$1.53) per liter, 1.5 won higher than the gasoline's 1,946.10 won, according to Opinet, a website operated by the state-run Korea National Oil Corp. In South Korea, diesel is normally cheaper than gasoline.

Wednesday's diesel price soared by 6.1 won from the previous day, compared with a 2.3 won increase of the gasoline price in the same period. 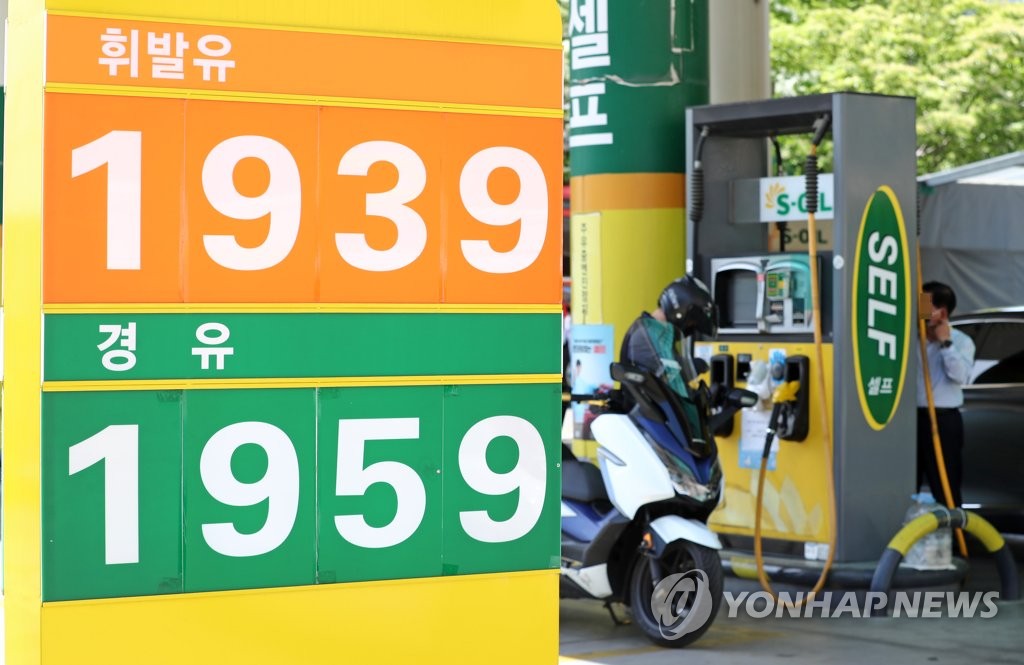 The government's fuel tax cut, which took effect early this month, also played a part in pushing up the diesel price, as the fixed 30-percent cut reduced the tax for gasoline by a greater amount than that applied to diesel.

"The rise in international diesel prices and the fuel tax cut appear to have brought about this price reversal," a KNOC official said.

"We expect this kind of trend to continue for some time unless there is a breakthrough in the international diesel supply," the official said.

Diesel is used as fuel for large commercial vehicles such as cargo trucks, buses and construction equipment. Its price increase puts a burden on truck drivers.

To alleviate difficulties, the government has been offering subsidies to those in the cargo transportation industry from early this month, which will run for the next three months.