In its key policy implementation plan, apparently written last month, President Yoon Suk-yeol's transition team proposed restarting the construction of Shin-Hanul reactors No. 3 and No. 4 in the first half of 2025, according to the sources.

Yoon said multiple times during his election campaign that he would scrap the Moon Jae-in administration's nuclear phase-out drive.

The project to build the two 1,400-megawatt reactors has been on hold since 2017. They had been scheduled to be completed by next year. 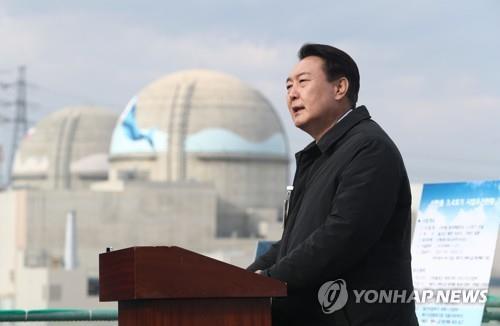