SEOUL, May 12 (Yonhap) -- North Korean leader Kim Jong-un presided over a politburo meeting while wearing a mask on Thursday, as the reclusive regime declared the implementation of the "maximum emergency" virus control system following its first known case of COVID-19.

The North held the meeting in Pyongyang, with Kim in attendance wearing a light-blue mask, to discuss the country's "most serious emergency" in its antivirus system that had been "firmly defended" for over two years, according to the North's official Korean Central News Agency (KCNA).

It marked the first time that Kim appeared in public with his face covered in the midst of the pandemic. 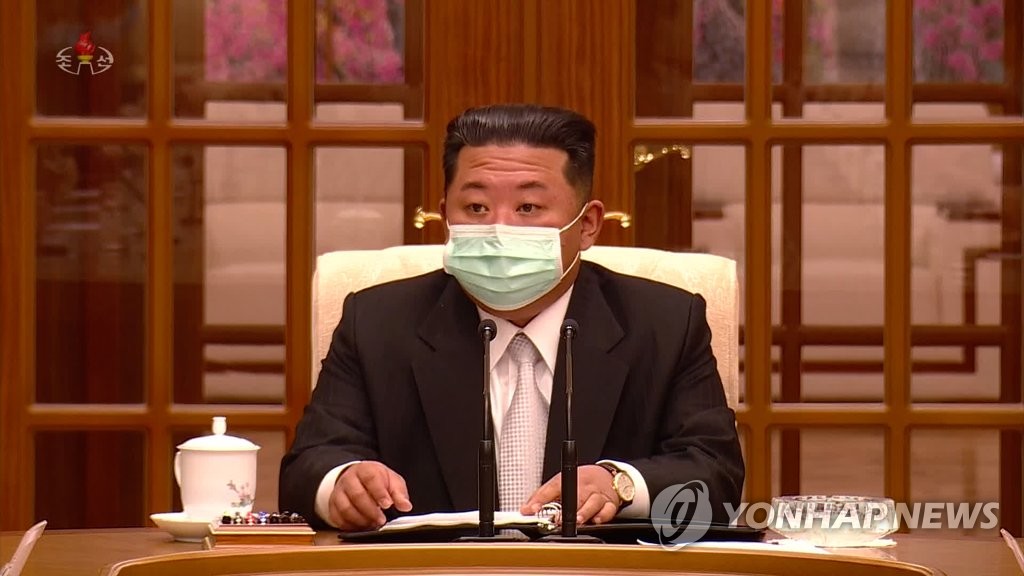 Kim then called for tighter vigilance on all fronts along the borders, the sea and air to prevent a security vacuum in the country's national defense.

"More dangerous enemy of us than the malicious virus are unscientific fear, lack of faith and weak will," he was quoted as saying. 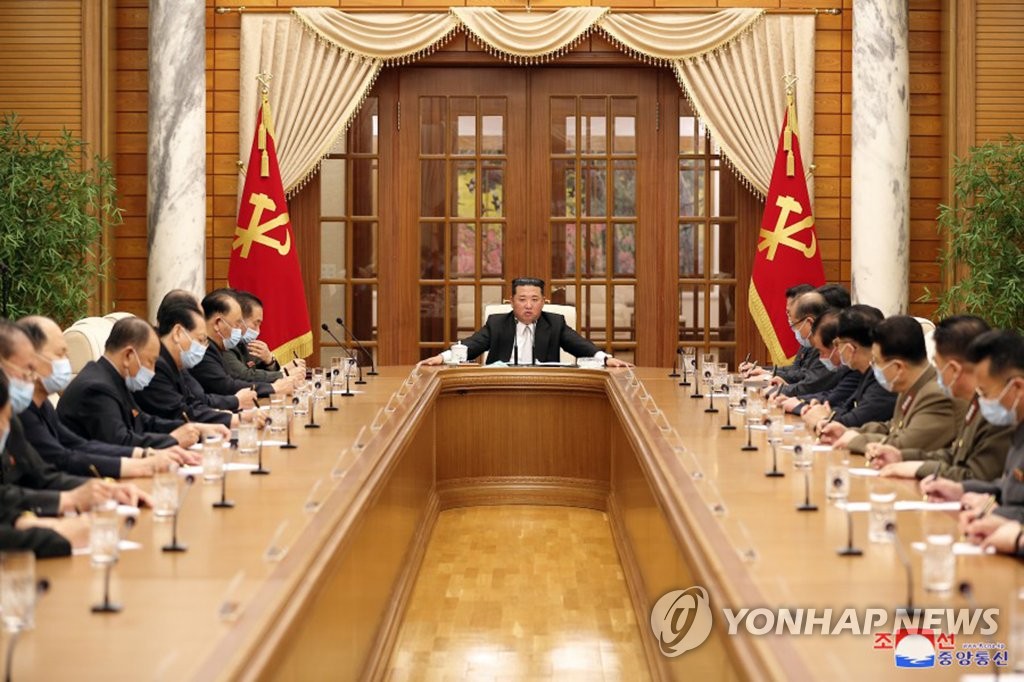 The South Korean government expressed hope the North's virus crisis will be brought under control at an early date.

The unification ministry, which handles inter-Korean affairs, stated a position to push for the provision of support for North Korean people and related inter-Korean cooperation anytime from a humanitarian perspective. 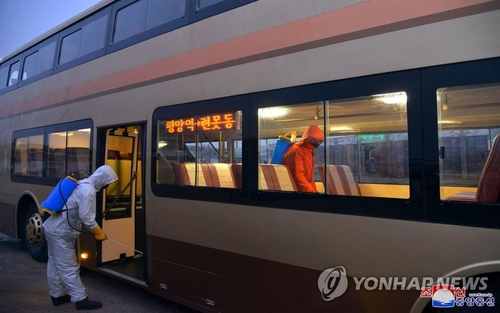