Hwang, a two-term lawmaker of the main opposition Democratic Party, allegedly received a total of 10 million won (US$7,818) in political funds from an executive of Korea Water Resources Corp. (K-water) between 2019 and 2020 after a legislative bill proposed by him was approved a year earlier, according to Rep. Kim Yea-ji of the ruling People Power Party.

The bill, initiated when Hwang was a member of the parliamentary committee on infrastructure, allows K-water to build and rent buildings for profit in the state-designated smart-city district in the southern port city of Busan.

Police are currently looking into confiscated materials after raiding the K-water's headquarters in the central city of Daejeon earlier this month and seizing the materials.

"Details of the investigation cannot be disclosed," a police official said about the case.

K-water issued a press release rebutting the allegations, countering that the legislation is not specifically aimed at facilitating its profits, and the political funds were provided by the employee as a private individual. 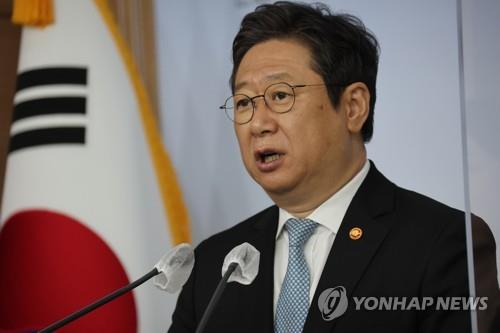