SEOUL, May 12 (Yonhap) -- Outgoing Prime Minister Kim Boo-kyum on Thursday appealed for dialogue and compromise to address challenges, including political divisions and economic inequalities, as he formally left office.

Kim formally stepped down two days after President Yoon Suk-yeol took office, amid uncertainties over whether Yoon's nominee for prime minister, Han Duck-soo, would be approved in the opposition-controlled National Assembly.

"Dialogue, compromise, coexistence and co-prosperity are the fundamental values of a democratic republic and the spirit that the community of the Republic of Korea needs most," Kim said in a retirement ceremony.

Kim called for the nation to "become a warm community where we live together." 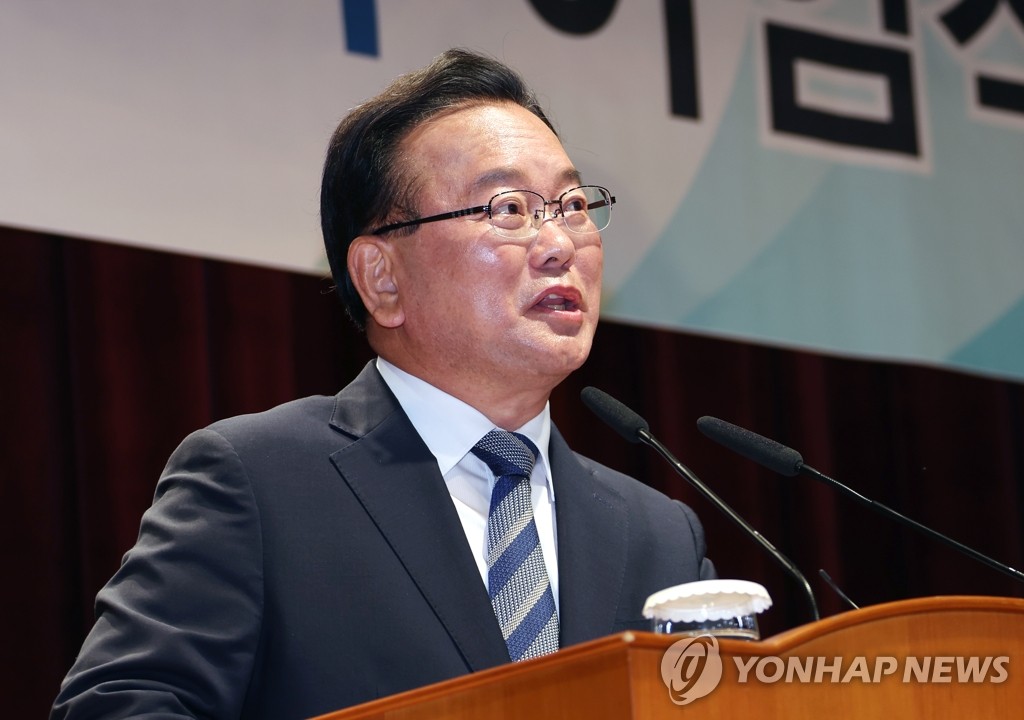 Yoon has formally asked the National Assembly to approve Han, but the ruling People Power Party (PPP) and the main opposition Democratic Party (DP) on Wednesday failed to agree on a date to hold a plenary session for Han's confirmation.

A parliamentary confirmation hearing committee of the DP has declared Han as "unqualified," citing his post-retirement career at a law firm and other suspicions of irregularities.

PM Kim appeals for dialogue, compromise as he leaves office

PM Kim appeals for dialogue, compromise as he leaves office