SEOUL, May 12 (Yonhap) -- Independent lawmaker Lee Sang-jik was stripped of his National Assembly seat on Thursday after the Supreme Court upheld a suspended prison sentence handed down by lower courts to him for election law violations.

The top court confirmed district and appellate courts' suspended prison sentence of one year and four months for Lee, who was formerly affiliated with the Democratic Party (DP), on several counts of Public Official Election Act violations. 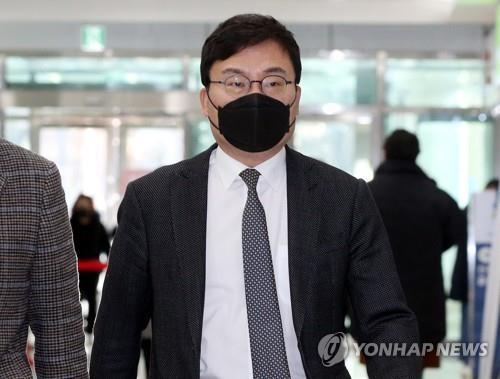 Lee was charged with offering traditional liquor and books worth 26 million won (US$21,711) as gifts to 377 voters in his constituency in Jeonju, 240 kilometers south of Seoul, on three occasions in 2019. He was also accused of sending text messages to party members in an attempt to influence the party primaries for the 2020 parliamentary elections in his favor.

A lawmaker loses his or her seat if given a confirmed prison term or a fine of more than 1 million won for violating the election and political fund laws.

The 59-year-old Lee, also known as the founder of South Korean budget carrier Eastar Jet Co., defected from the DP in September 2020 amid controversy over unpaid wages, mass layoffs and corruption allegations surrounding his company and family.

He is currently serving a six-year prison term after being convicted by a Jeonju district court in January this year for embezzlement of company funds and breach of trust involving Eastar Jet.