SEOUL, May 12 (Yonhap) -- South Korea's major listed firms saw their sales jump more than 16 percent to an all-time high in 2021 despite the prolonged coronavirus pandemic, a corporate tracker said Thursday.

The combined top line of the country's leading 1,000 companies by sales stood at 1,734 trillion won (US$1.35 trillion) last year, up 16.4 percent from a year earlier, according to the Korea CXO Institute.

It marked the first time that those firms' total sales have surpassed the 1,700 trillion-won level.

Makers of electronic products, chips, petrochemicals and steel fared well last year, while hotels and other travel-related companies suffered setbacks in the wake of the COVID-19 outbreak, the institute said.

Of the 1,000 corporations, 801 enjoyed sales increases, with global tech titan Samsung Electronics Co. posting the largest sales and retaining the No. 1 spot for the 20th straight year.

Samsung's sales came to 199.75 trillion won last year, up 33.4 trillion won from a year earlier and marking the biggest on-year increase among those companies.

Samsung's sales accounted for 11.5 percent of their total sales last year, up from a ratio of 11.2 percent a year earlier.

A total of 229 companies had sales of 1 trillion won or more, setting a new record.

Leading container shipper HMM Co. saw its sales shoot up 120 percent on-year to 13.7 trillion won, joining the club of firms with a top line of 10 trillion won or more, according to the Korea CXO Institute. 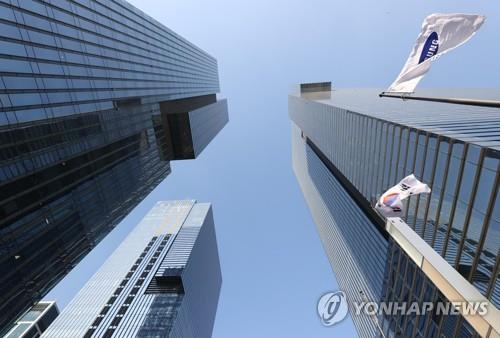